FRIENDS WHO SIT AND ENTERTAIN YOUR GOSSIP ARE ENEMIES IN DISGUISE SAID BY TONTO DIKEH. 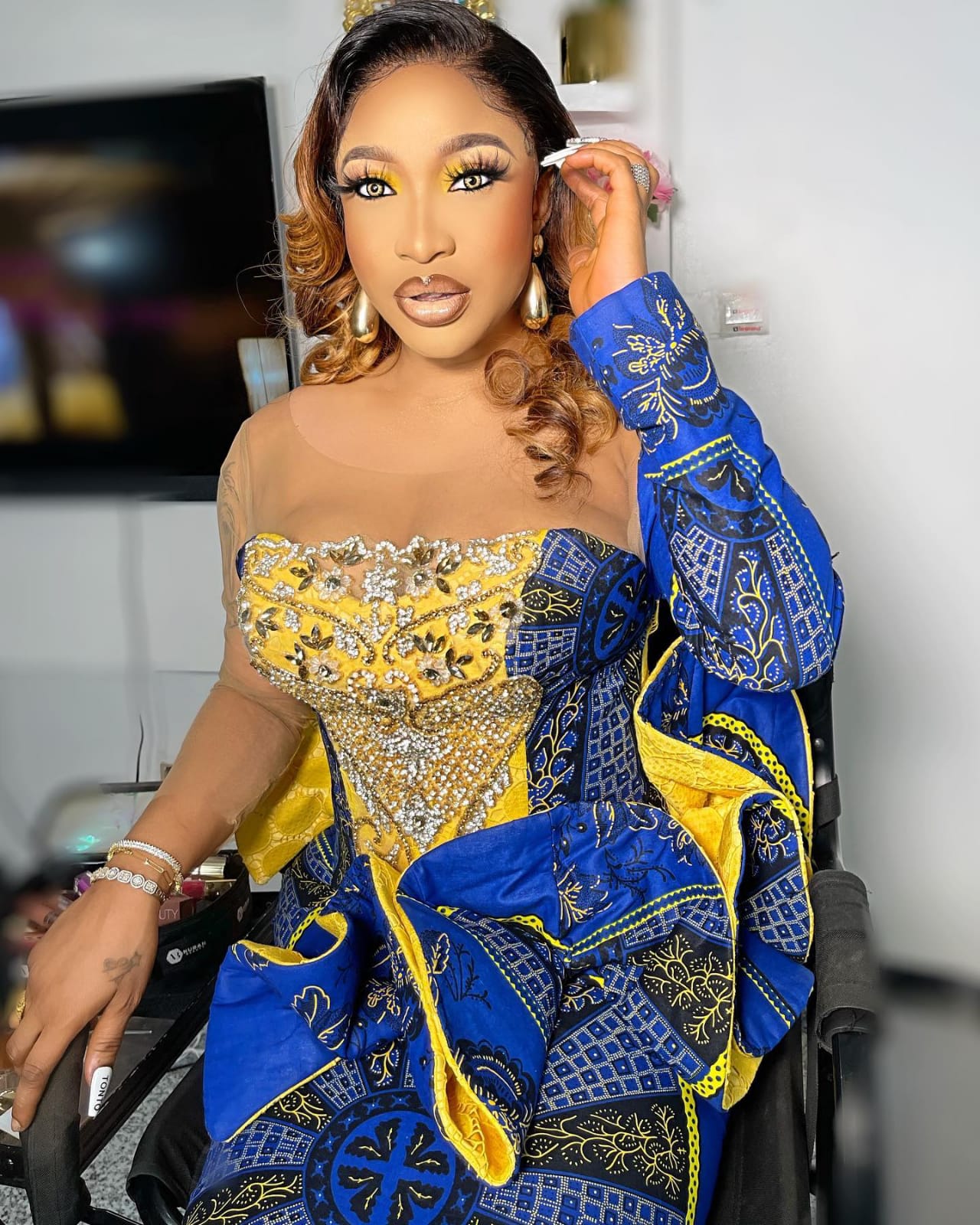 Nigerian actress known as Tonto Dikeh shared an instastory post about friends who sit and entertain gossips of a fellow friend.
According to Tonto Dikeh, she described such people as "enemies in disguise" and also urged victims of such to run. She also stated that she will be the last person to gossip about her friend.
She shared the post just after her colleague, Halima Abubakar Slammed her Ex-boyfriend known as Prince Kpokpokar for Following her on Instagram.
Abubakar described the move as Unacceptable and asked him to get off her page. 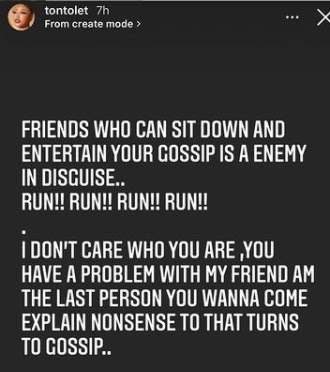