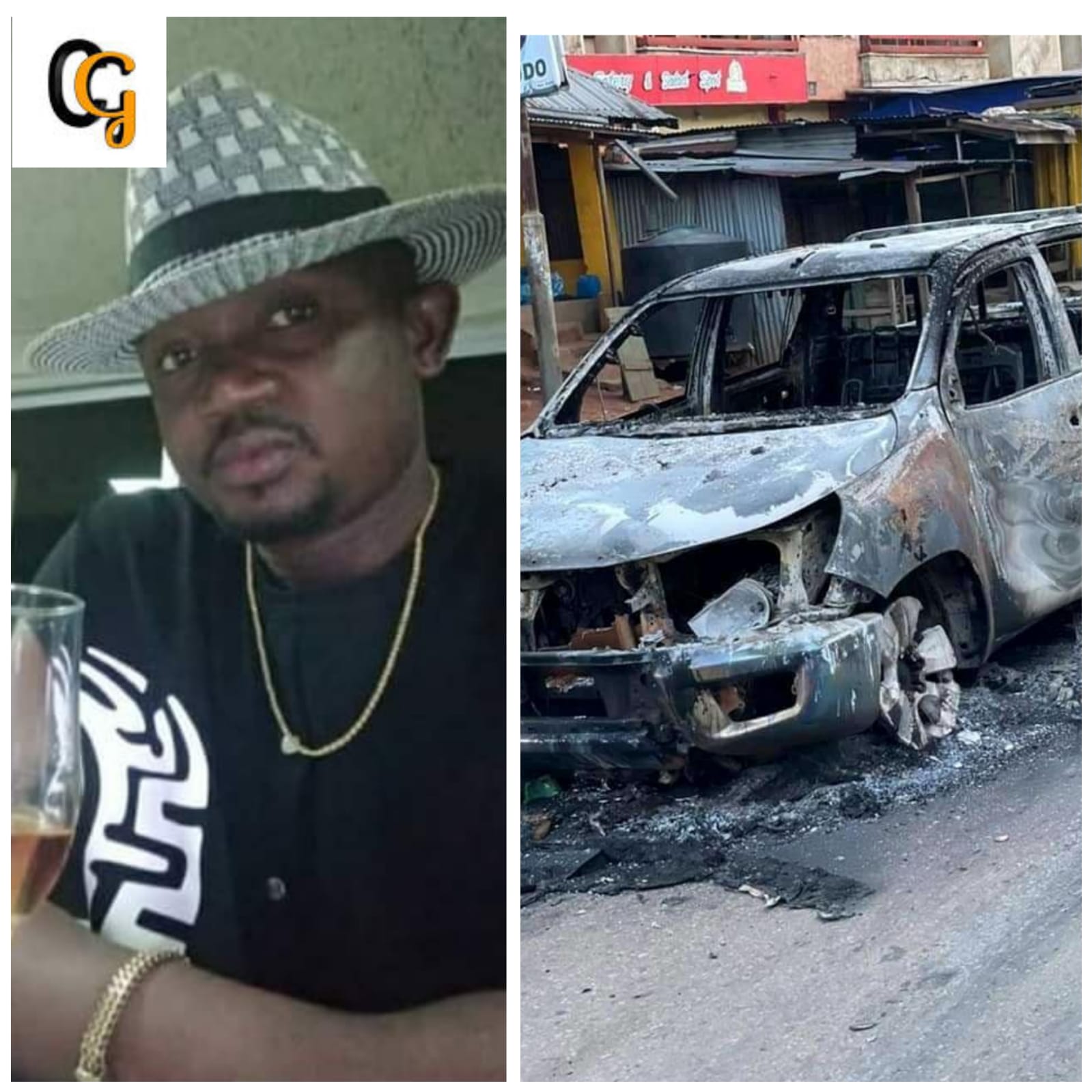 An Unknown Gunmen has attacked and killed a ward chairman of All Progressive Grand Alliance (APGA) and also killed four others in Nnobi, Anambra state.

According to the news: Hon Chukwuemeka Nwokenagu ( chairman APGA ward), four other person including two vigilante members were killed. While three vehicle were set ablaze during the attack which occurred at Afor-Nnobi, Idemili South Local government area.

This incident happened on Sunday night been 22th September, one of the vehicles burnt by the hoodlums belonged to Dr Nelson Omenugha, the son of Anambra State Commissioner for Basic Education known as Prof Kate Omenugha. 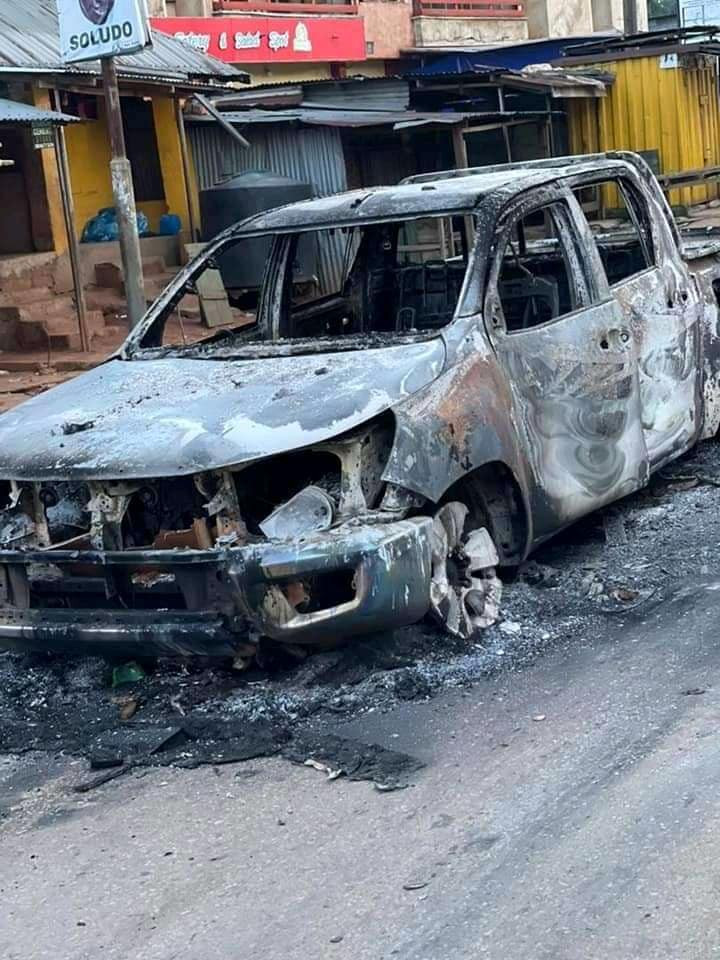 Omenugha, who is a major Campaigner of All Progressives Grand Alliance (APGA) governorship Candidate,  Prof Chukwuma Soludo confirmed that the attack adding that the gumen set his Hilux Ablaze.

It was gathered that Nwokenagu popularly known as Eze-B was a ward Chairman under APGA and one of the most influential youths in OKpunoeze Uruagu Nnewi.

Omenugha along with Members of the Soludo team were said to be on their way to Nnobi from Akwa when they were ambushed by the gunmen operating with Sienna .

A member of All Progressive Congress (APC) was reportedly killed during a meeting while  many others were injured at a rally in Nnewi on Sunday. 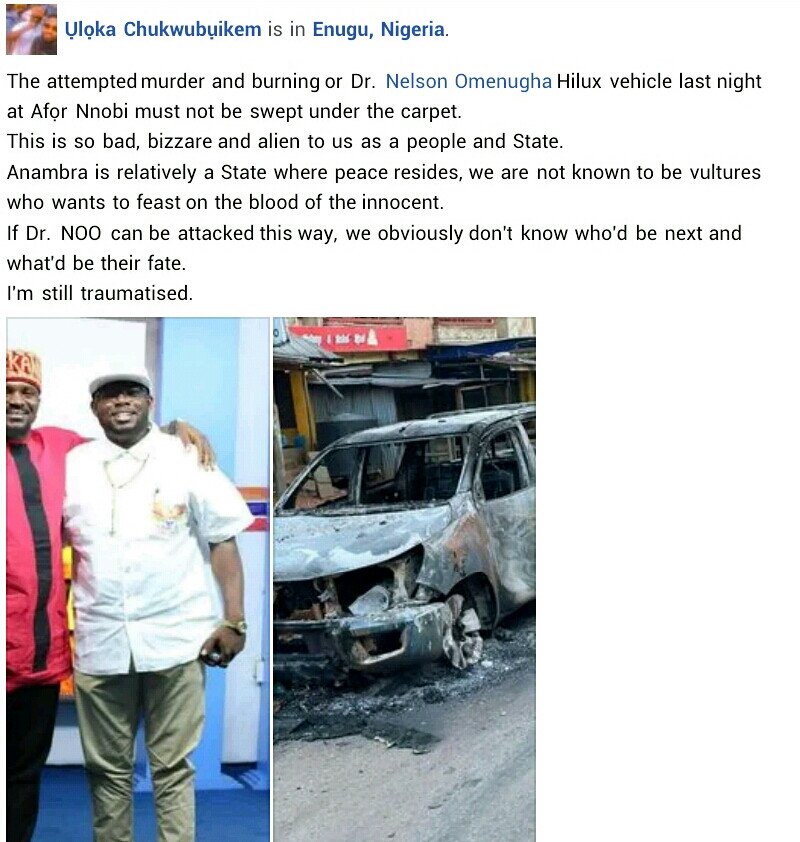 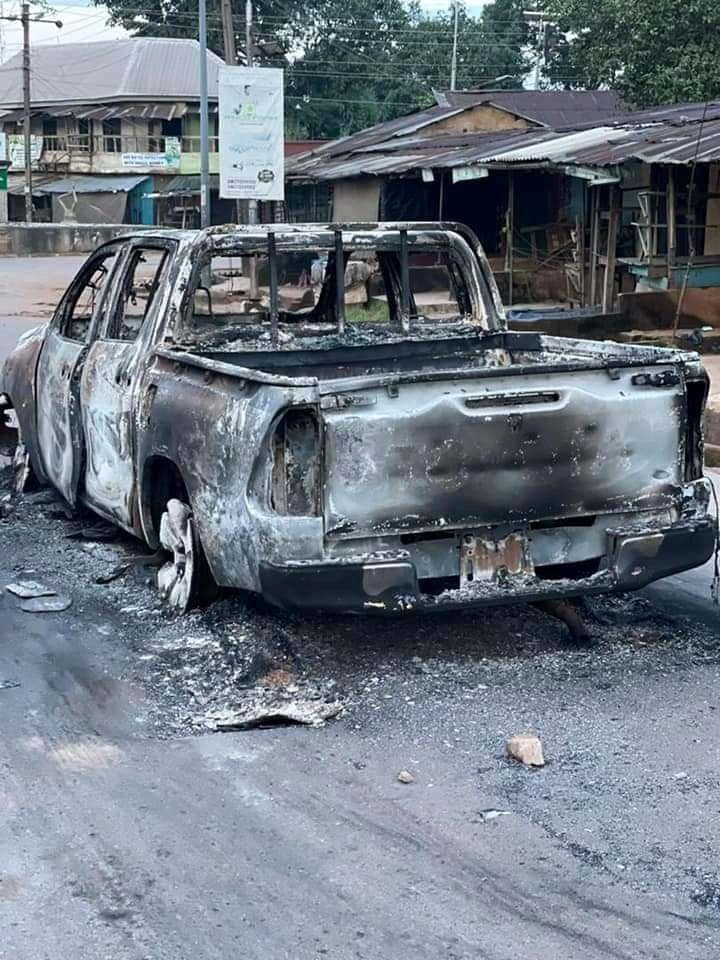