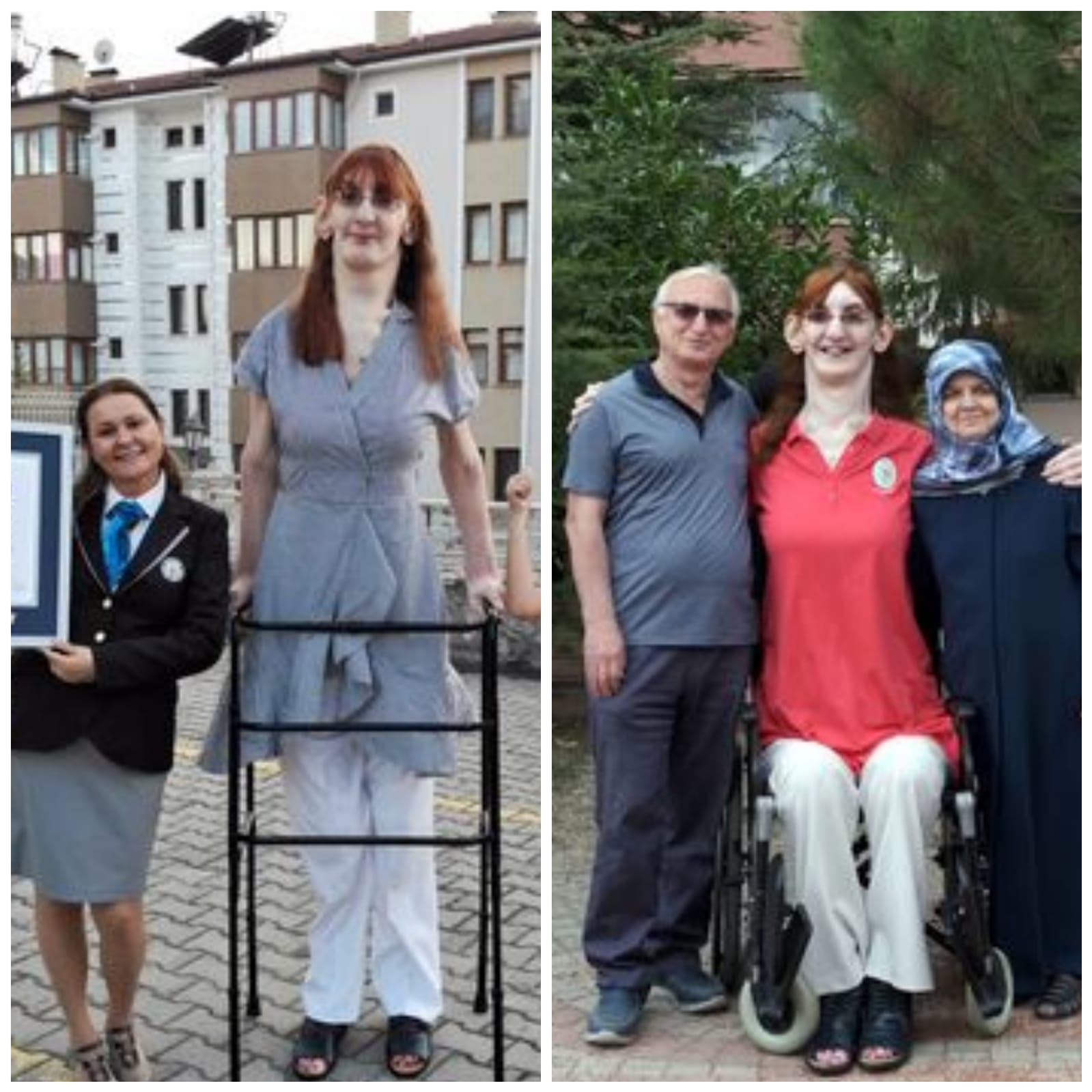 Woman identified as Rumeysa Geigi  from Karabuk Province Turkey has been crowned tallest woman in the world over 7feet.

According to the news, Geigi stands at a whopping 7 feet 0.7 inches, earning her a new entry in the Guinness Book of Records as the tallest living woman in the world. 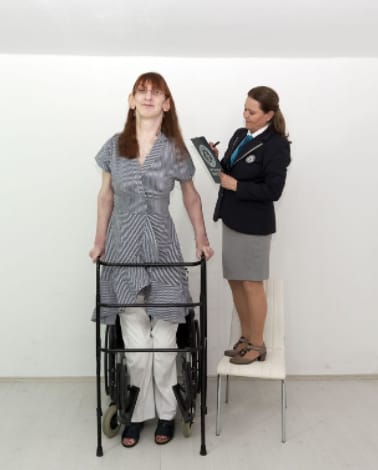 Geigi has an exceptionally rare genetic condition named weaver syndrome, which has accelerated her growth. This isn't  the first time she has been featured in the Guinness book of Records.

She was crowned as tallest teenager alive in 2014, She uses a wheelchair because of some of the mobility issues created by her condition. However she can also move around with the assistance of a walking frame. 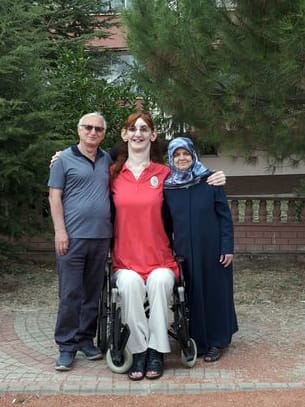 Her Weaver syndrome also means she ahs certain features that are larger in proportion that usual, such as her hands. Due to her impressive stature, she has beeen the victim of teasing and abuse from members of the public in the past  but she says that this has only made her stronger.

"Every disadvantage can be turned into an advantage to yourself so accept yourself for who you are, be aware of your potential and do your best," she said.

she also said, "i like being different from everyone else". "it's interesting and makes me feel special". She also stated that there are some advantages to being such a tall woman, including easy access to high places. 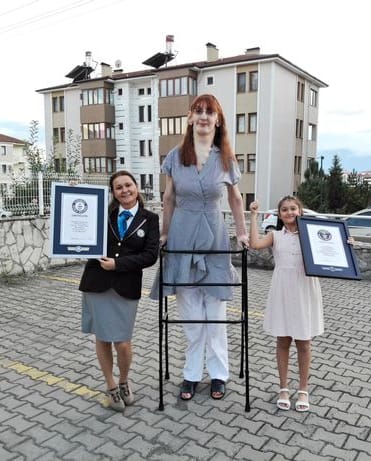