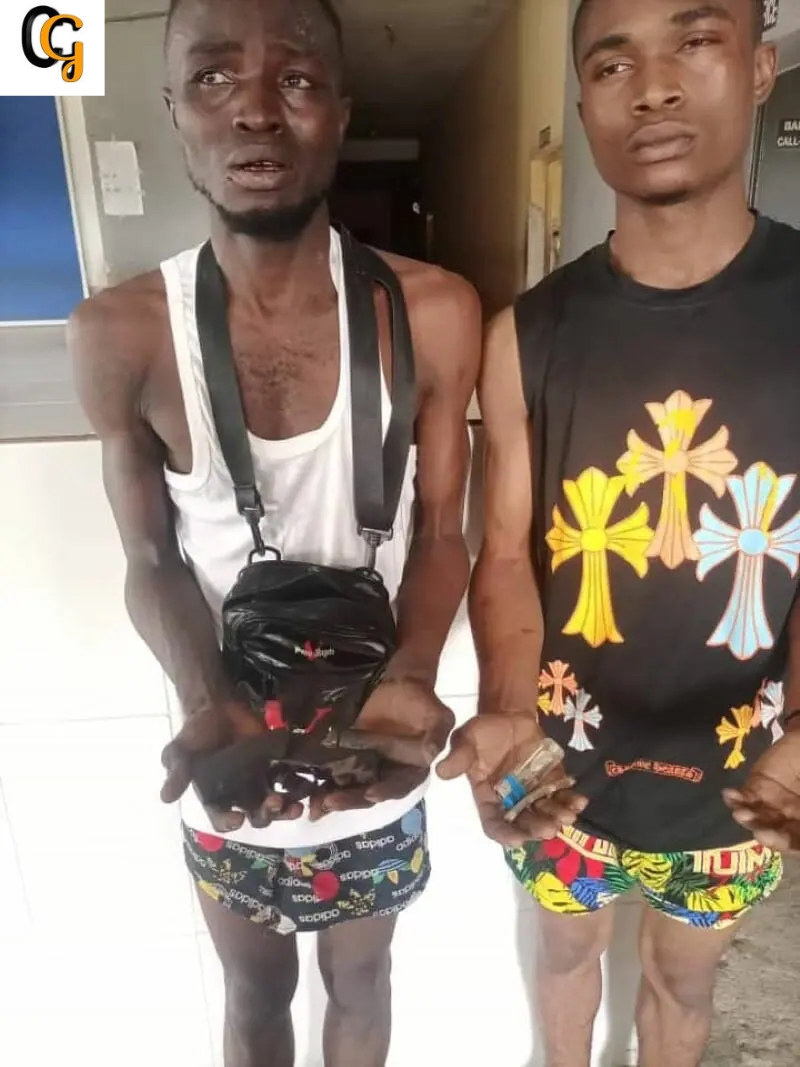 Nigerian police has  arrested two criminal  and some wraps of weeds suspected to be Indian hemp and locally-made cut-to-size gun recovered from them in Delta state.

According to the news, The Spokesperson of the State Police Command, known as DSP Bright Edafe, who disclosed this in a statement on Monday been October 11, Stated that the suspects identified as  Godspower Alfred and Destiny Akwara, were arrested during a raid on a criminal hideout in Ujvwu community.

The men of Ovwian Aladja Division raided criminal hideout in Ujvwu Community,  the suspects who gathered in a large number smoking Indian Hemp took to their heels on sighting the police,” he stated.

“They were chased and two of them namely Godspower Alfred age 23yrs and Destiny Akwara 34yrs were arrested and upon search".

"A locally made cut to size gun and some wraps of weeds suspected to be Indian hemp were recovered from them.”

The State Commissioner of Police known as  Ari Muhammed Ali, has ordered that stop and search should be intensified, while constant raiding of black spot/criminal hideout should be sustained.

The CP also urged officers and men of the Command to desist from all forms of corruption and incivility when relating with members of the public.