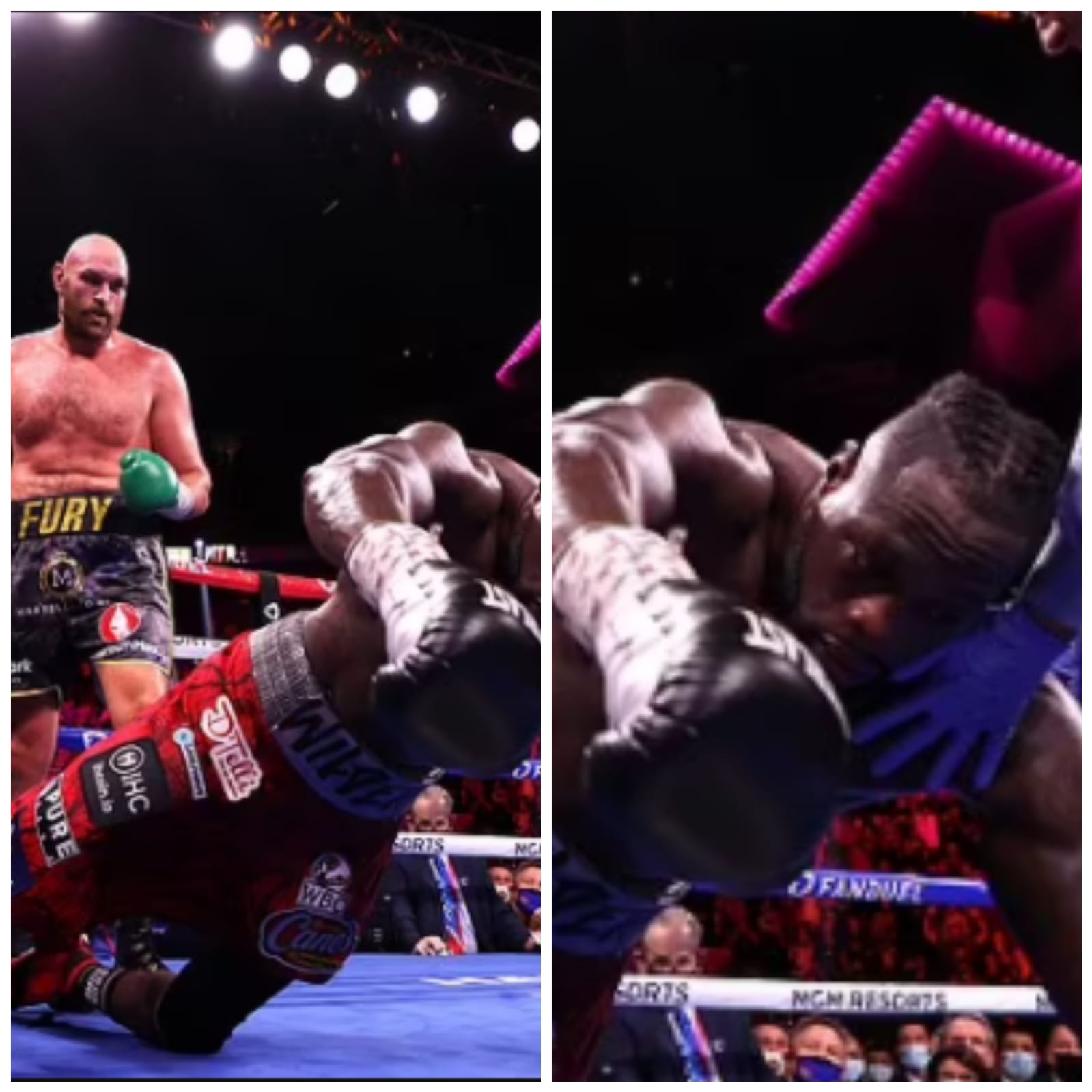 Deontay Wilder has been rushed  to hospital after  his brutal knockout defeat to Tyson Fury in Las Vegas.

According to the news,Deontay wilder  was knocked down on three occasions in a fight of the year contender, the bout was waved off immediately by referee Russell Mora after Wilder was heavily floored for a third and final time in the 11th round.

He  suffered his second straight defeat to the Brit, who retained his WBC strap with the victory, and wilder  will now undergo precautionary tests in hospital.

Deontay wilder who is  35-year-old will not be kept overnight, however,  his manager known as  Shelly Finkel insisted that  Wilder is in good health.

One of the Boxing journalist identified as  Dan Rafael tweeted: 'Was texting with Wilder's manager Shelly Finkel.

' he Said,  Deontay is OK and won't be staying overnight at the hospital.' Wilder himself did speak after the fight, insisting he wasn't sure what went wrong.

"I did my best, but it wasn't good enough tonight,' he stated. 'I'm not sure what happened"

"I know that in training he did certain things, and I also knew that he didn't come in at 277 pounds to be a ballet dancer".

"He came to lean on me, try to rough me up and he succeeded."