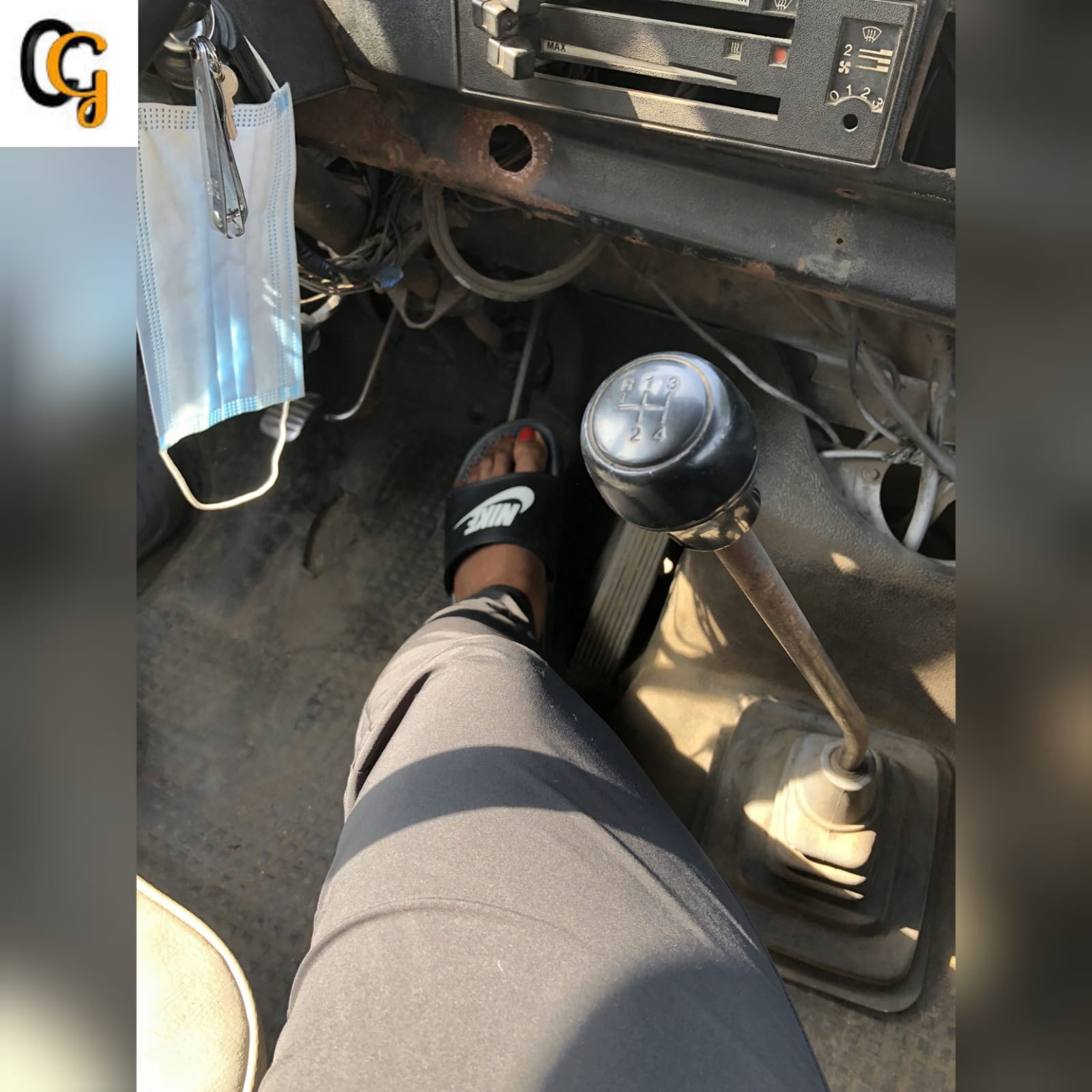 Moment a Female Passenger shared a photo of her foot stepping on the brake of a commerical bus to keep it from moving after driver left his bus to fight someone.

According to her, She said "Driver say make i help am match brake , make e go beat person. This Lagos tire me". 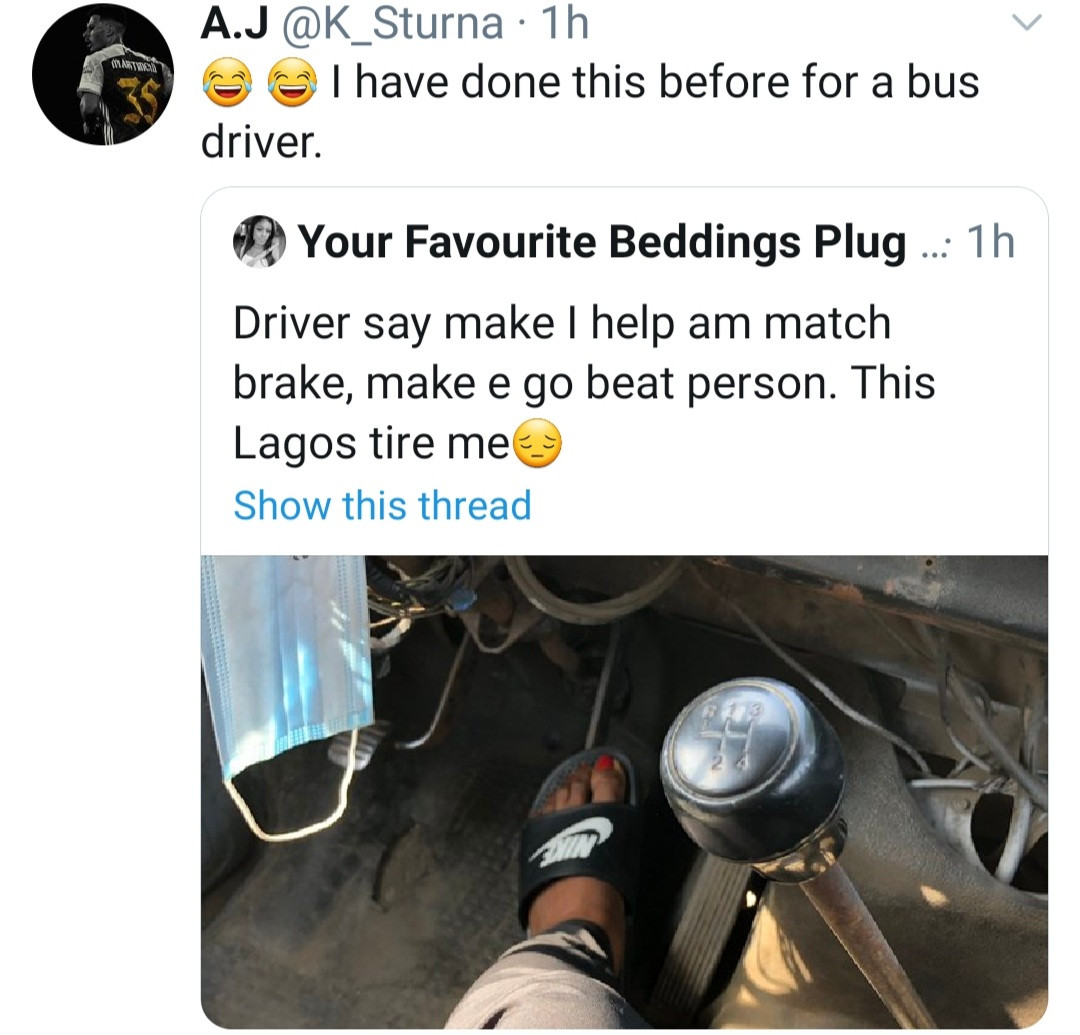 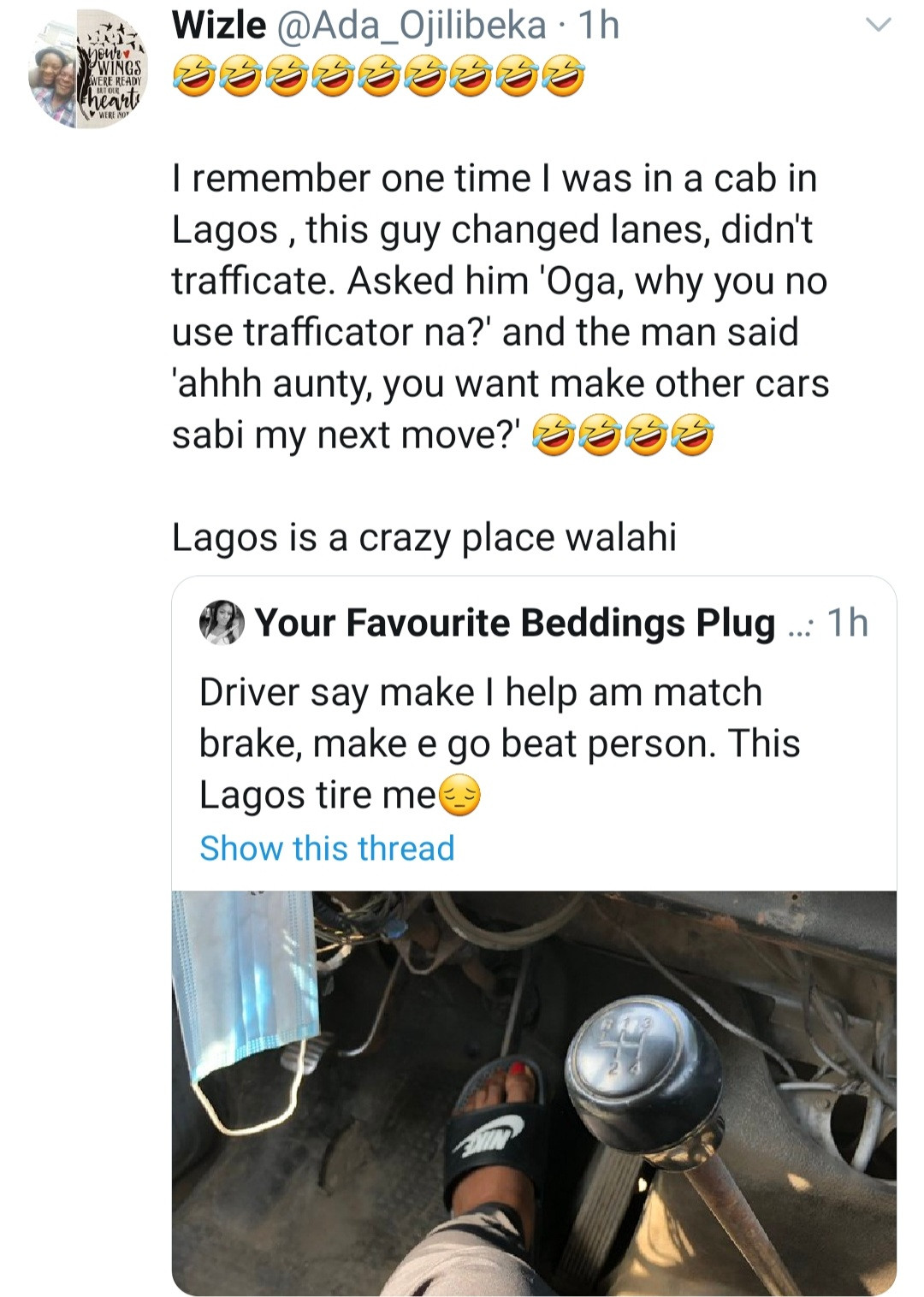 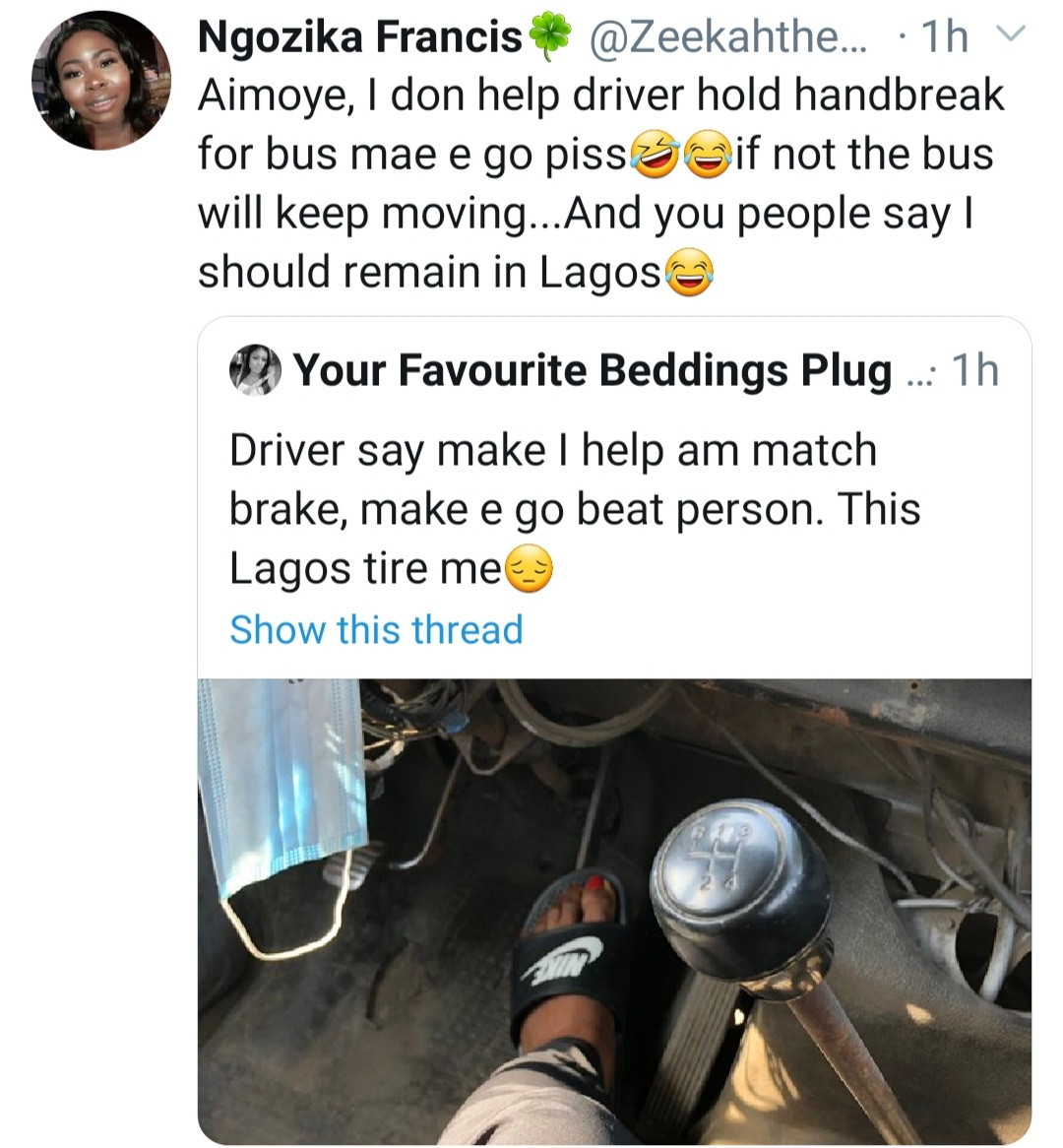 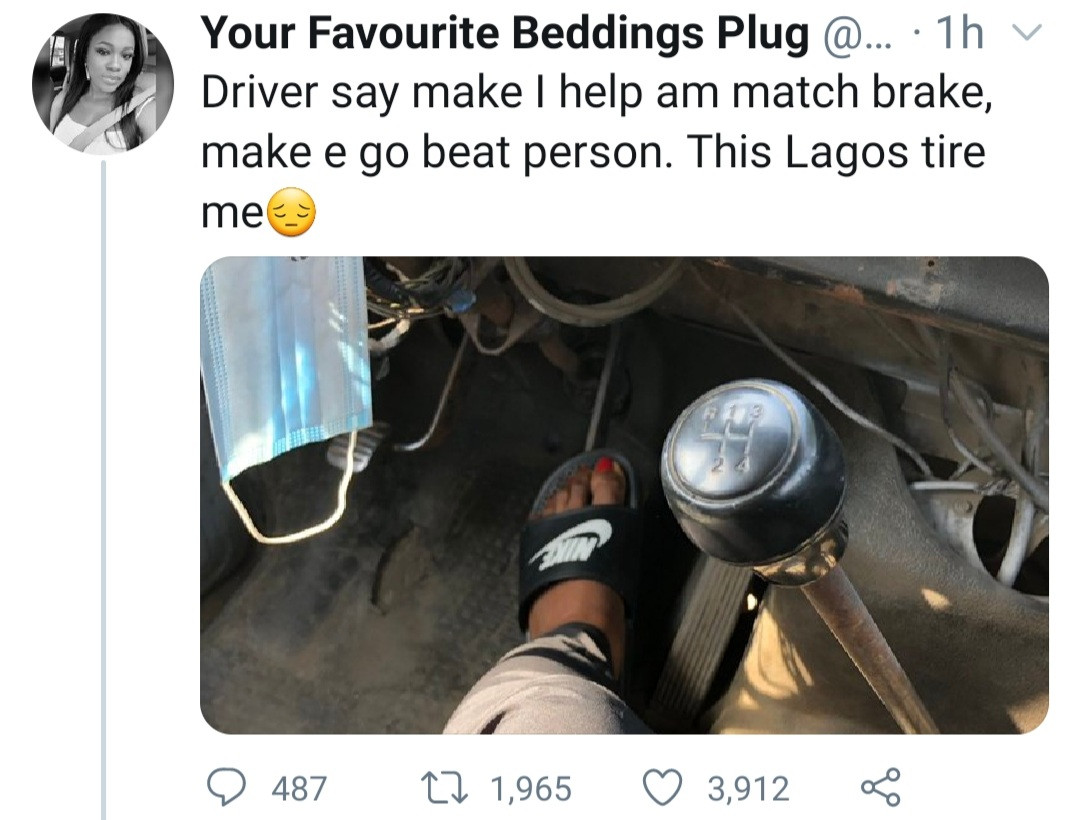