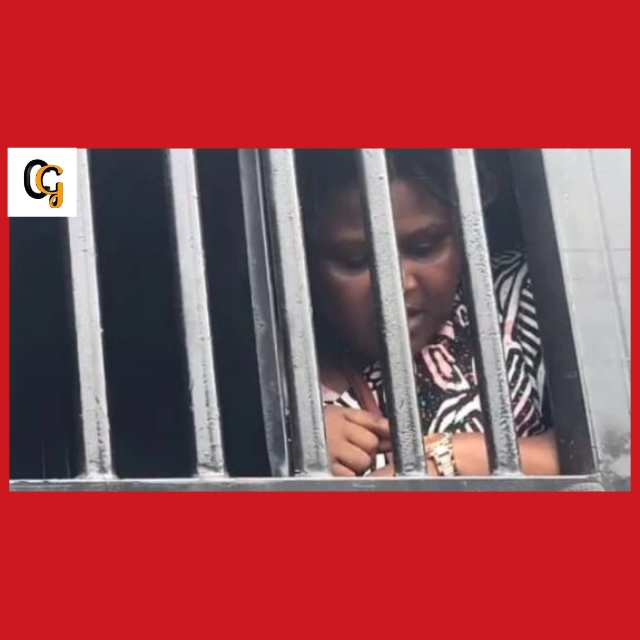 According to the news, Speaking with a journalists while she is in  the police van, Blessing said the officers seized her two phones and held her in their van  for holding Nigerian flag,

she continued, "i boarded a bus going to lyana Oworo from Ajah then we got to a point and the driver said they could not go further, asked us to come down and refunded money to some of us. He gave me the Nigerian flag to hold , he said  once I am with the flag i would be allowed to pass.

as i was walking, i saw these  policemen and they asked me to come inside the vehicle, they said i was protesting and collected my two phones , they said the time they gave the protesters had finished that they were supposed to end by 10am.