ENDSARSMEMORIAL: Police Fired Out Teargas At Protesters At Lekki Tollgate In Lagos State,(Video). 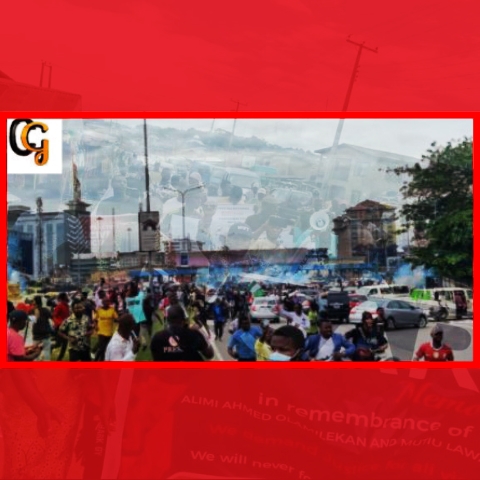 The  Nigerian Police has dispersed Protesters who came out to commemorate ENDSARS FIRST ANNIVERSARY with teargas.

According to the news, The police fired teargas at protesters at Lekki tollgate in Lagos  Today been 20th October 2021. IN Lagos , Abuja and in  some other states poured into the streets today to mark the first anniversary of the ENDSARS protest.

Speaking to journalists, after the Lagos state commissioner of police known as Hakeem Odumosu  said  that the protesters told him they were going to end the demonstration by 10am, he also stated that any protest beyond the agreed time is constituting

He continued, " I discussed with them and they said they will end the protest by 10am. Any other person doing it now... the Nuisance that have guns, the ones with machete, hammer are they protesters or miscreants?

The protesters are free, they have done their thing and left. any other person reaming are the miscreants, hoodlums that want to capitalize on that to attack innocent people and start robbing people we will not allow that".