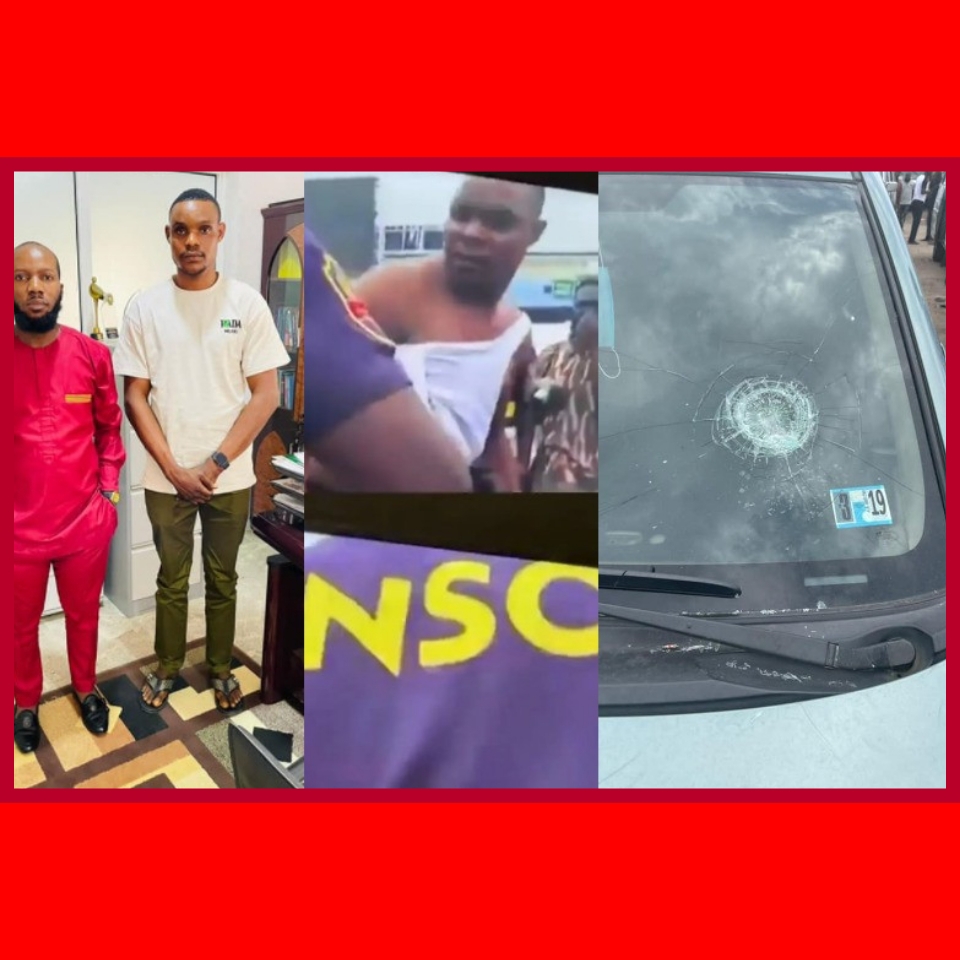 The Uber  driver who was assaulted by officials of the Lagos state Neighborhood Safety Corps (LNSC)  and Nigeria Police force during the first anniversary of the ENDSARS protest at Lekki Toll Gate identified as  Clement Adedotun  has demanded an N500 million compensation  from the Lagos state Government.

According to the news, In a letter written by his Lawyer identified as Ininehe Effiong, Clement demanded that disciplinary measures be taken against the men who assaulted him and that they should be prosecuted in court in line  with the Anti-Torture Act and the criminal law of Lagos state, he also demanding a written apology from the Lagos state government.

According to his Lawyer in a statement released said that Clement vehicle has been returned but in a bad condition, The latter stated that the agents of the state government  broke and damaged the front windscreen of his Toyota Corolla.

The vehicle was in good condition before it was lowed away on Wednesday been 20th October, But upon reaching where the vehicle was taken to on Friday been 22nd October 2021. Clement said he saw the destruction done to his vehicle by agents of the state government.

The implication is that Adedotun cannot use the vehicle to earn a living until it is repaired Inibehe stated.

While we commend the Lagos state Government for admitting that the conduct of its agents was criminal and unprofessional, we find the two months suspension meted on the two officers grossly insufficient and unacceptable, it is not a deterrence the officers should be dismissed snd diligently prosecuted in a court of law to serve as a deterrence to others.

Inibehe also said  that the Lagos state Government have 28hrs to give in to their demands or face legal action.

See the copy of the letter : 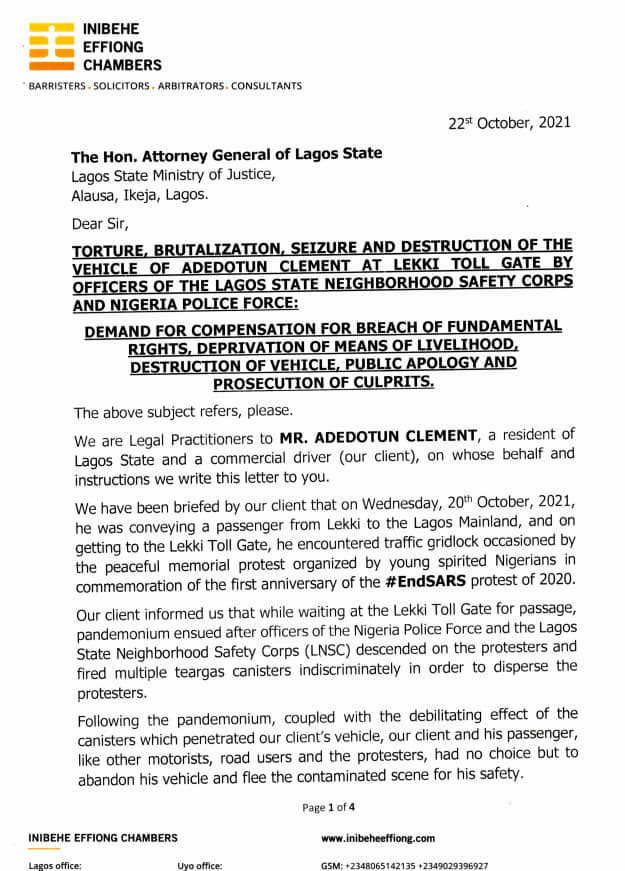 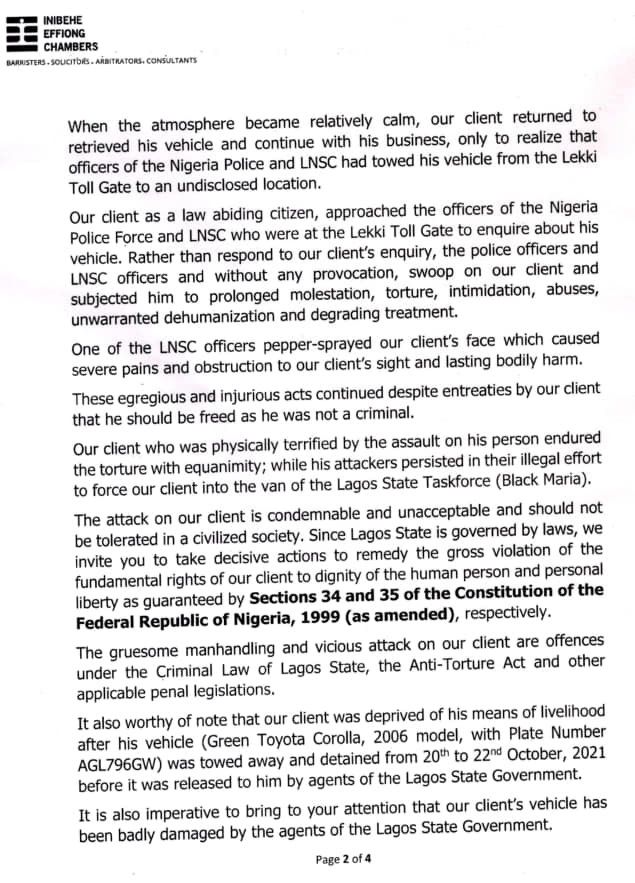 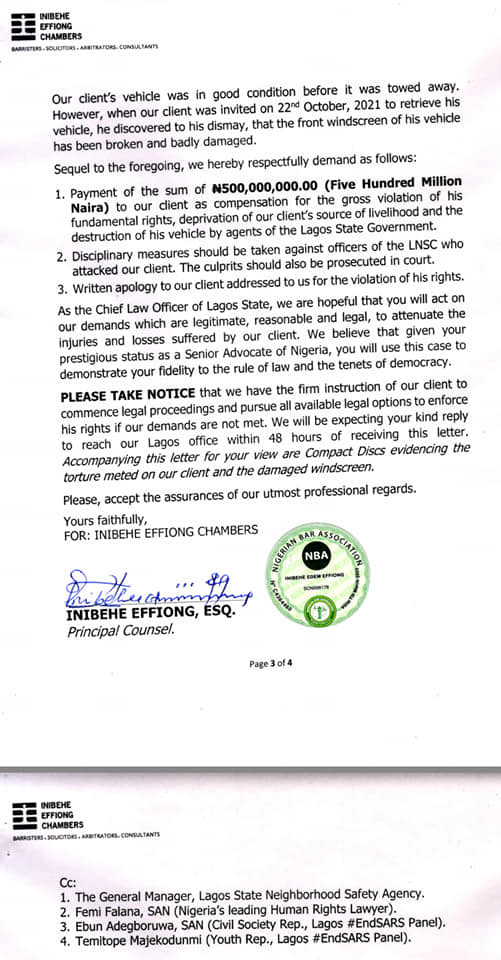