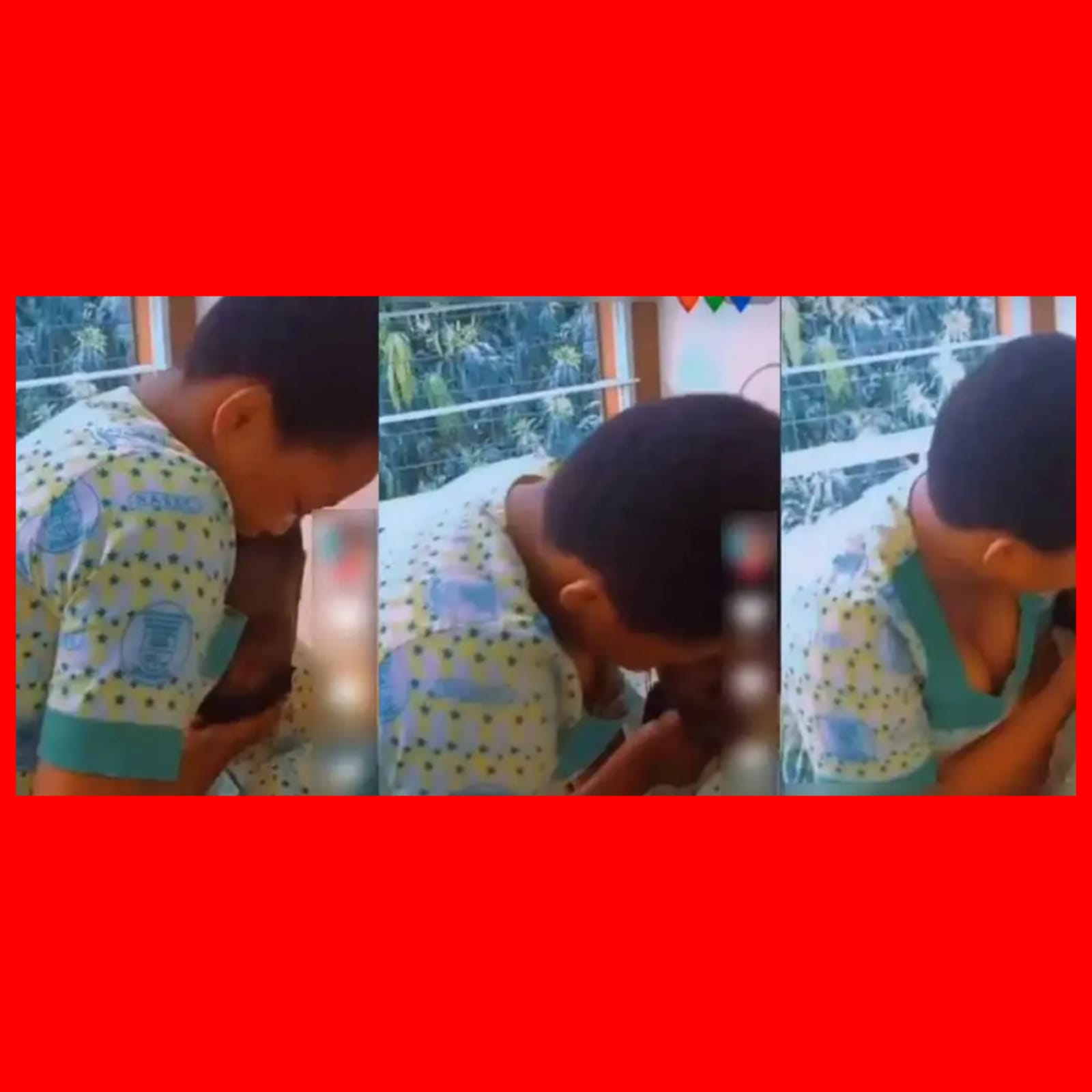 Unidentified female secondary school student  caught on camera forcing her male classmate to kiss her during school hours in Ghana.

According to the video, The girl attempted to kiss the boy, he pushed her away and tried keeping his lips away from her .

The girl's friend who was filming the whole  incident was heard saying that "the girl has been chasing the guy for some time now but he has not given in to her demand of being in a romantic relationship".