I Now Understand Why Being a Housewife Is Attractive To Some People-Erica Nlewedim. 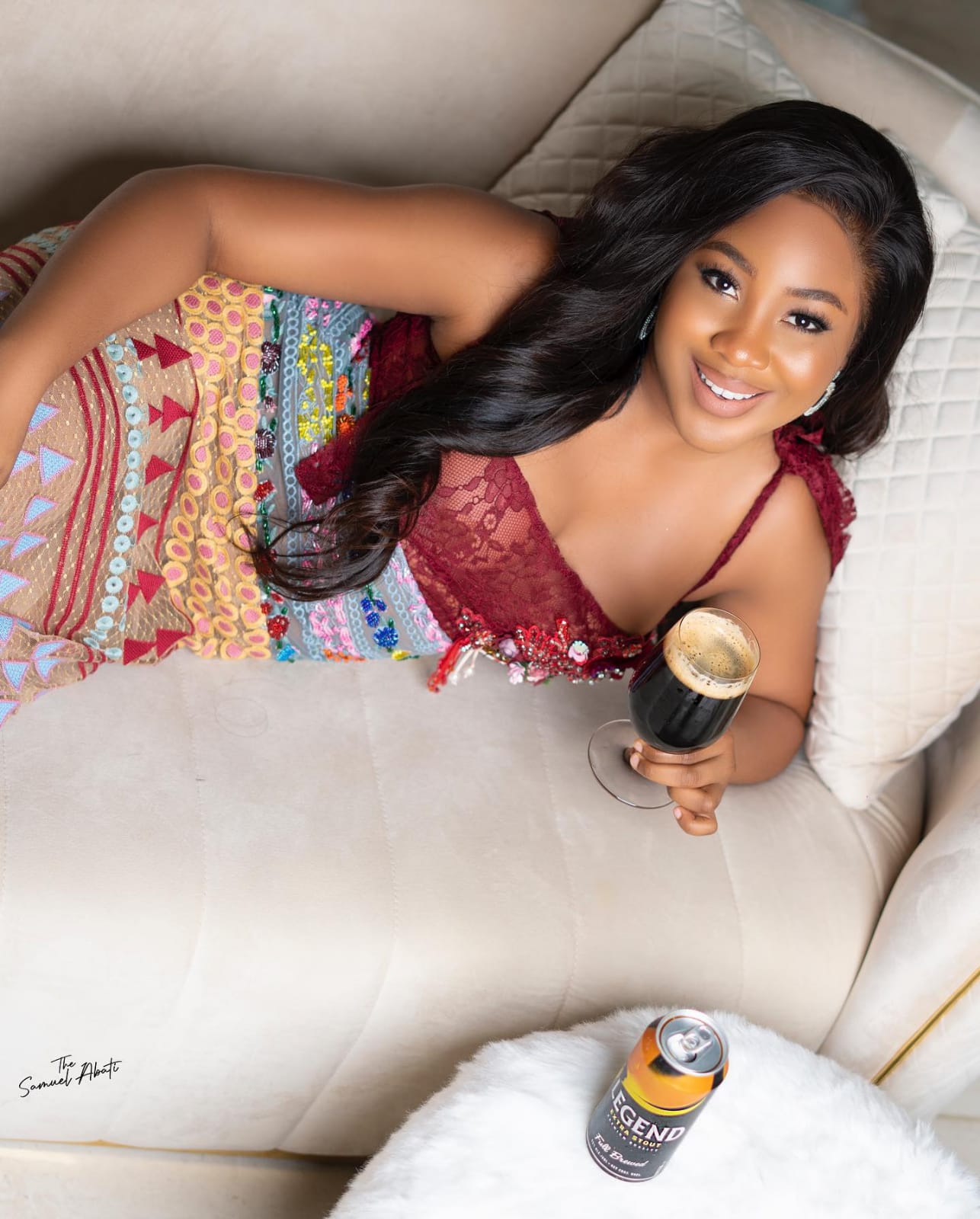 The Big Brother Naija Star known as Erica Nlewedim has disclosed that she now understands why being a house wife is attractive to some people.

According to her, She said this while reacting to a post which encouraged people not to be hard on themselves even if they are not operating at  100% productivity.  The article had also said people should take breaks in  between the chaos as their health is their primary currency.

Erica  recalled asking herself if she always going to be working on a million things forever, she also wondered when she will just chill and enjoy also added that she understands  why being a housewife is attractive to  some people 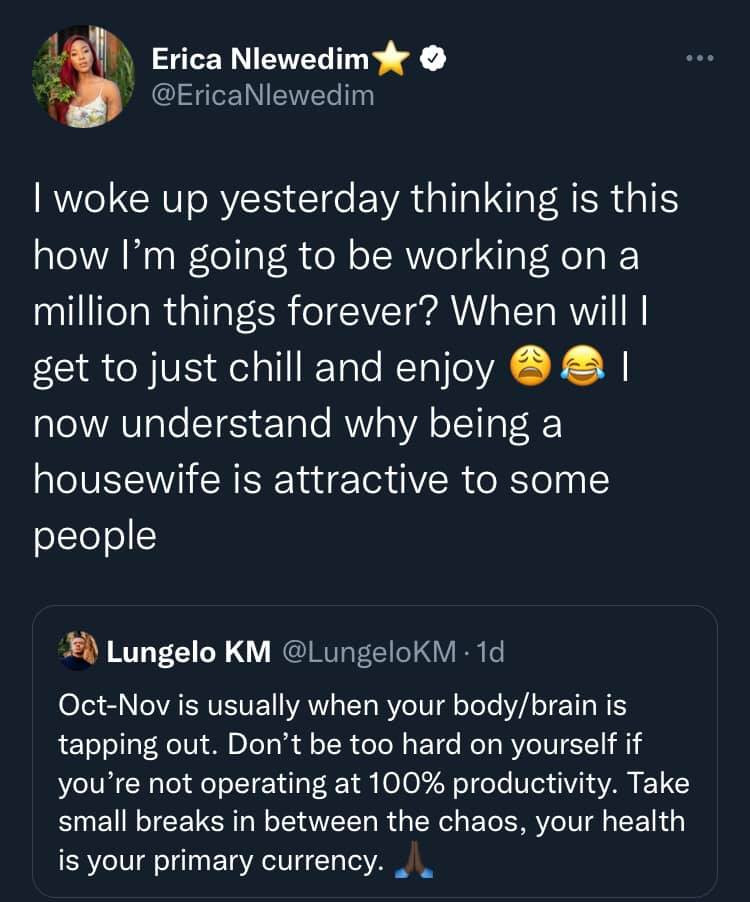