OMG: A Baby Born With Four Arms And Four Legs In India,(Photos). 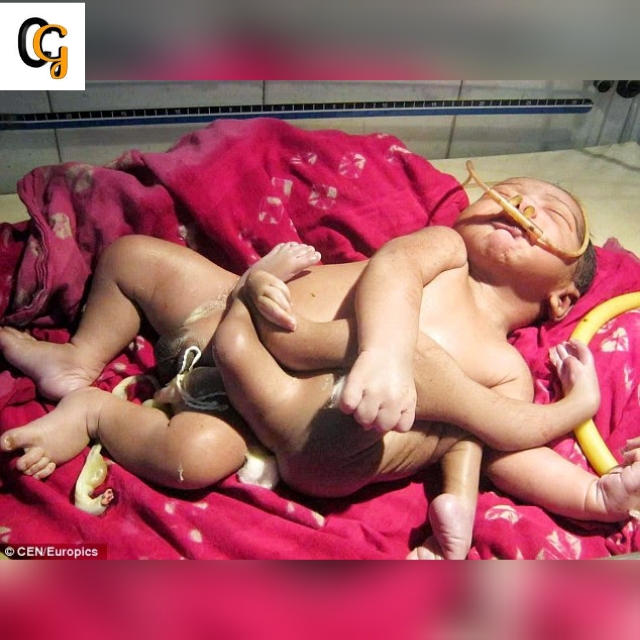 A baby boy has been born with four arms and four legs and which casue panic in the city as locals believe he is the reincarnation of a God,

According to the news, The baby boy has been named "Godboy" as having multiple legs is commonly attributed to Hindu gods.

Some People have traveled far and wide to the city in west Bengal state to get a glimpse  of the eight limbed child. The parents and relatives of the newsly born are very exited about their new addition claiming the biy is the son of the Hindu god Brahma, who is depicted with eight limbs.

He first came out we couldn't believe it, the nurses said he was bady deformed but i could see that this was a sign from God. In fact, this is a miracle it's God's baby. Indian God's have extra limbs just like this,  a close relative said.

The local police is finding it hard to control the huge number of people who want to enter the  hospital and see the child.