OMG: Huge Spider Seen Crawling Across a Wall Inside A House,(video) 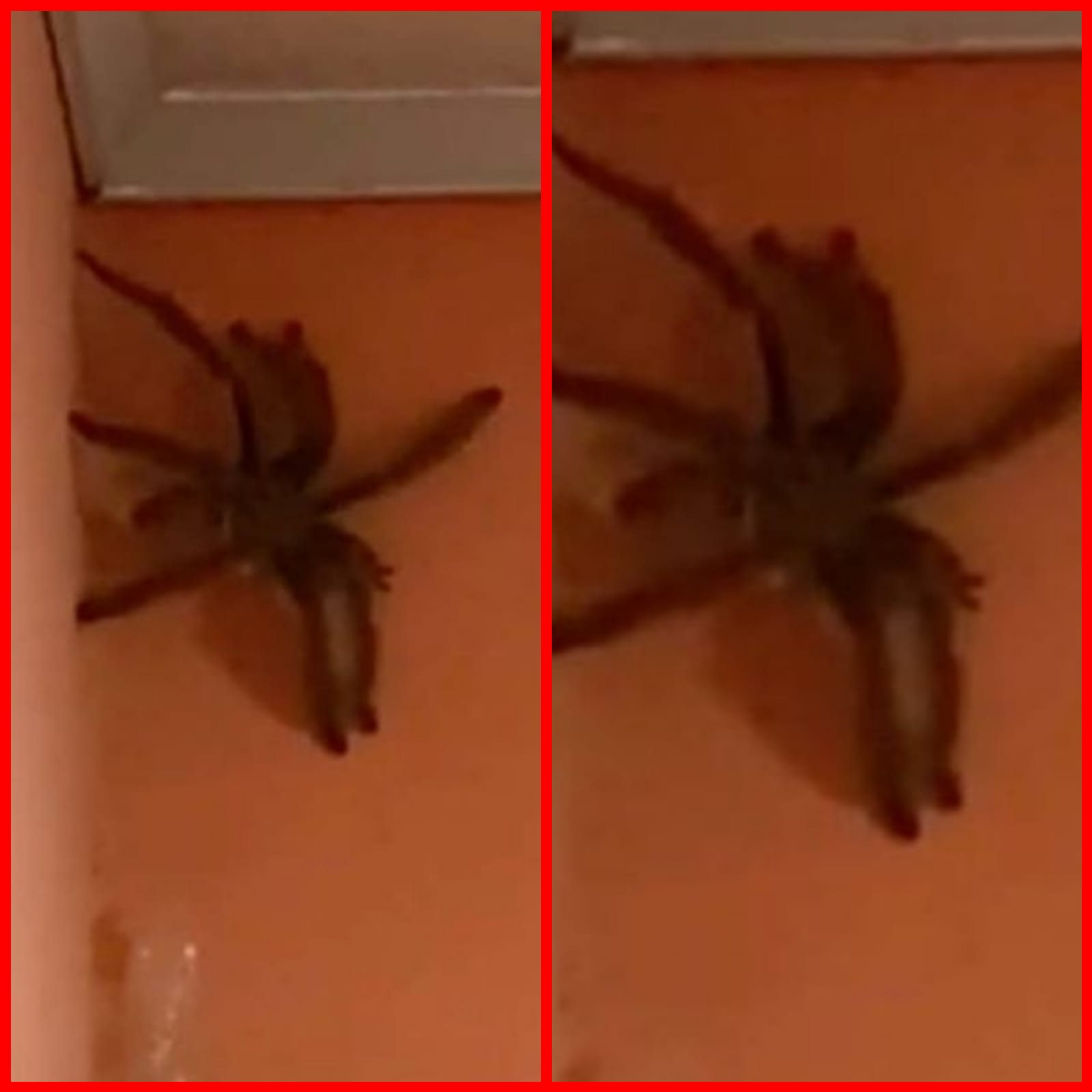 A huga spider, larger than two hands combined, was capture crawling across a wall inside a house in Tobago.

According to the news, The spider was found in the Carribean Island of Tobago. A woman who was in the same room as the spider can be heard saying, "it will have to get back out of the window otherwise it will be stuck inside again.

thousands of  people has viewed the video, some of viewer commented on video.

one viewer said "Burn down the whole house".

Another said, "Throw away the house".

Another one also said, "nah, that's a demon, call a priest and pastor.