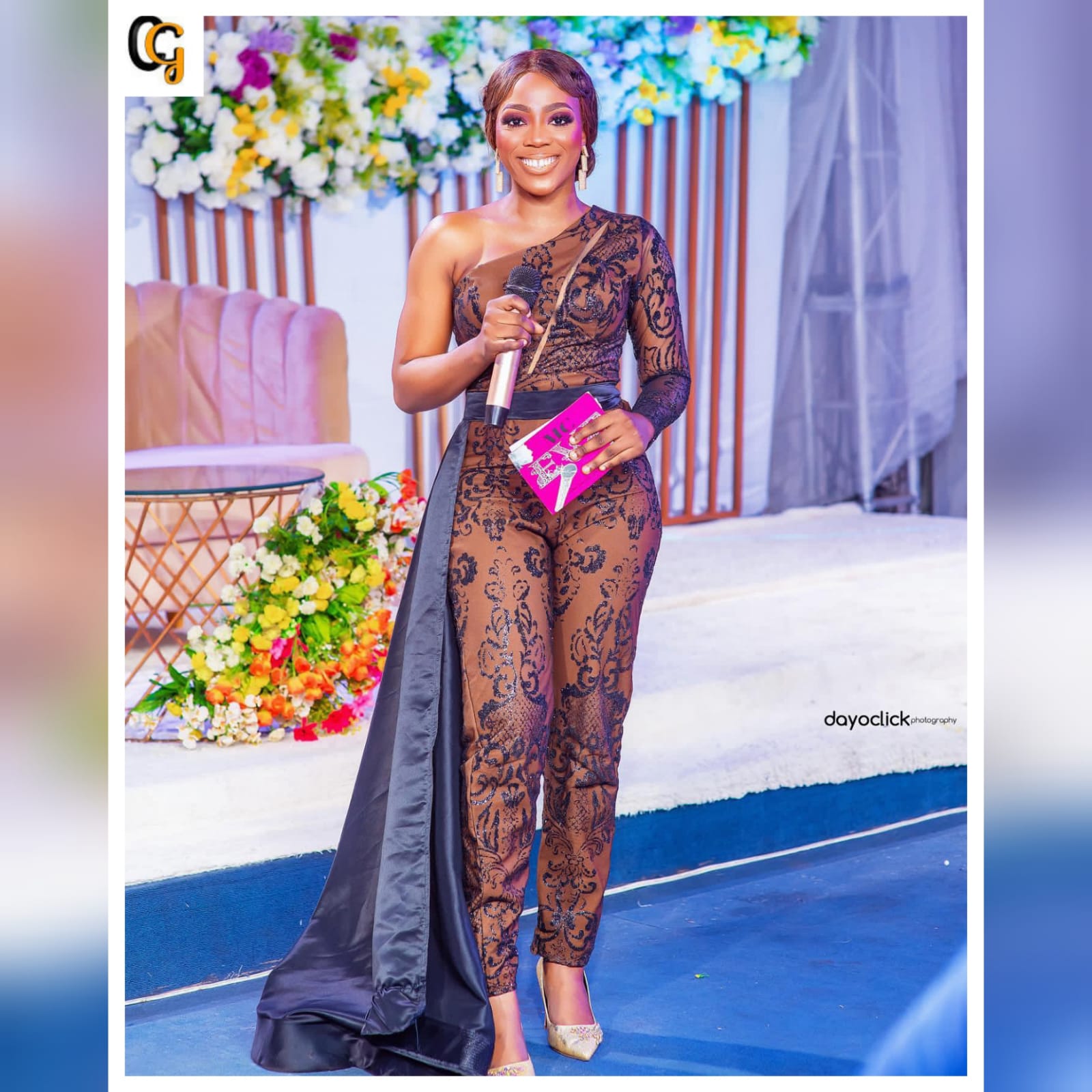 According to the news: Mc, Eve who is also called The Energy Goddess was said to have been in a acr with her boyfriend on 12th October been Tuesday, when they were involved in an nasty car accident along Lekki-Epe Expressway Lagos state.

It was also stated that her boyfriend who was driving  was unhurt but Eve was critically injured, She was rushed to a nearby private hospital but she didn't make it.  Mc Eve has worked with various Nigerian celebrities and also hosted Toyin Lawani's Wedding. 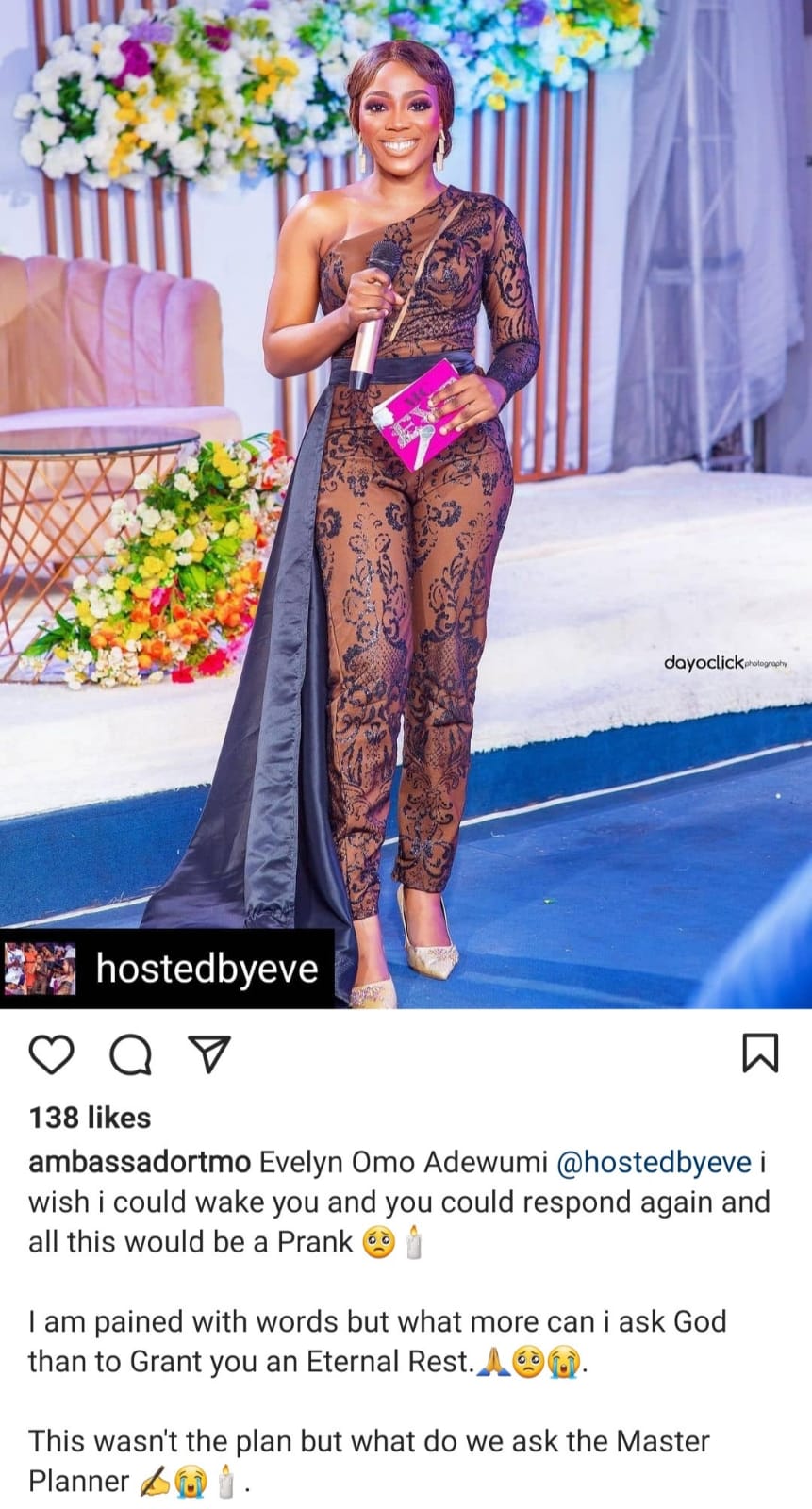 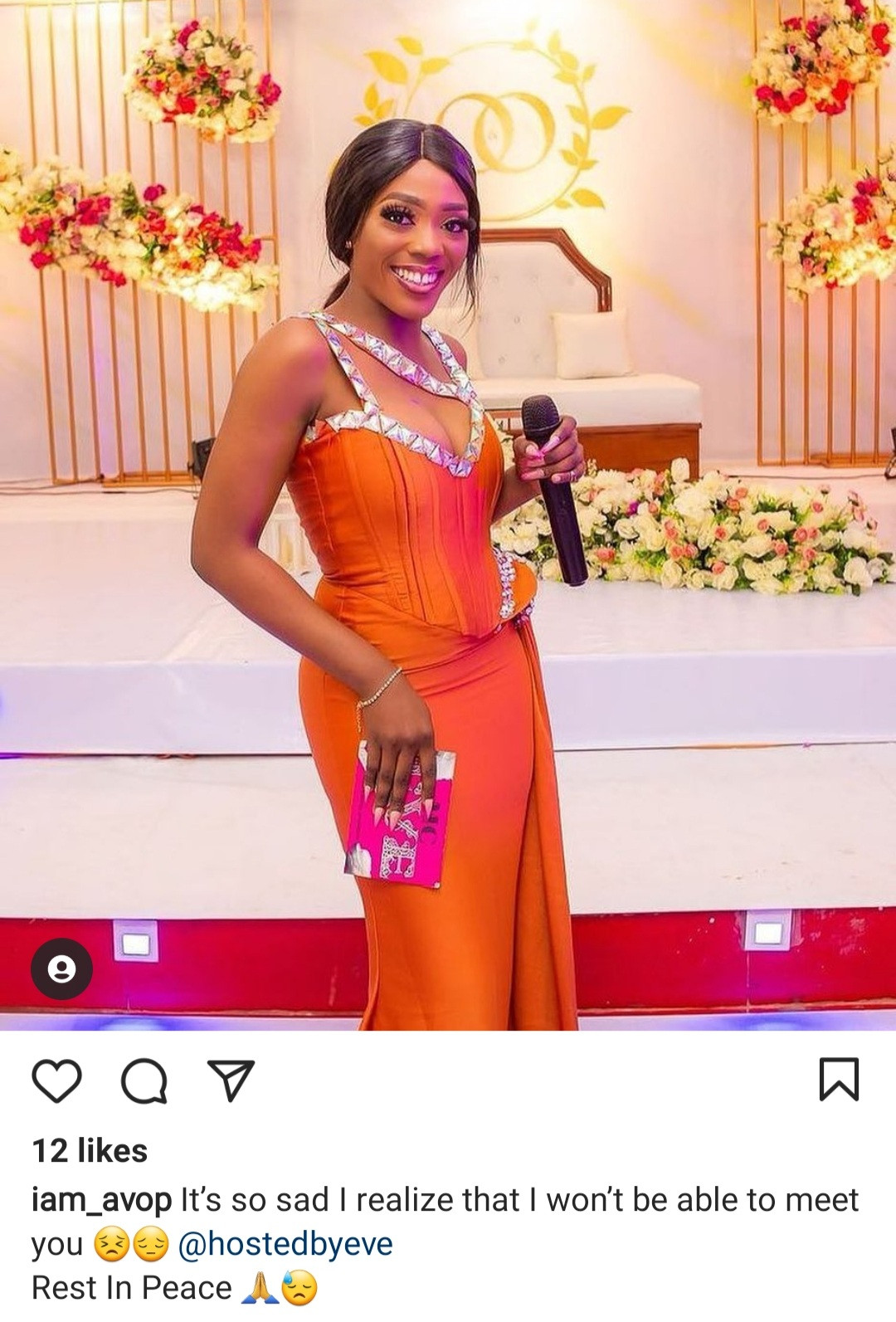 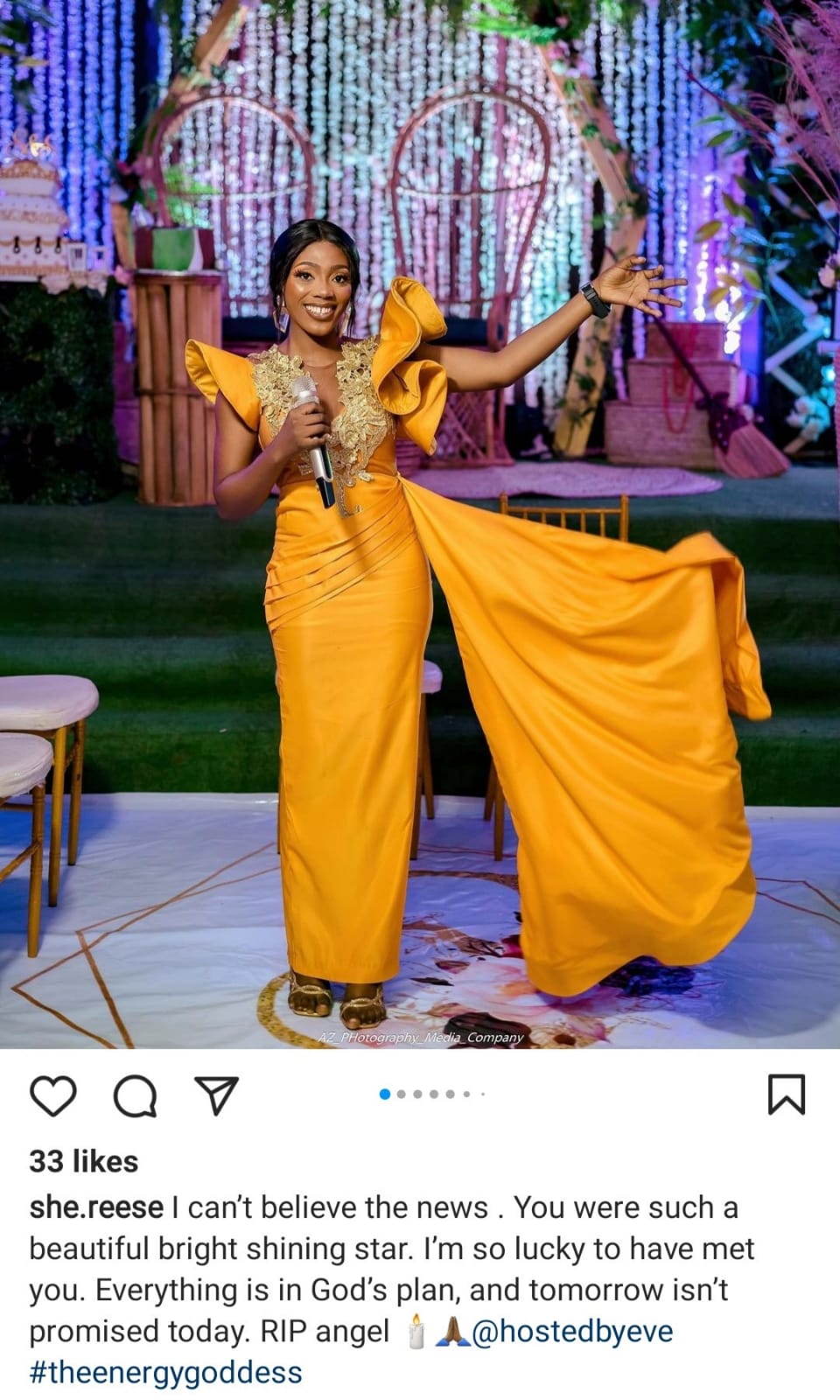 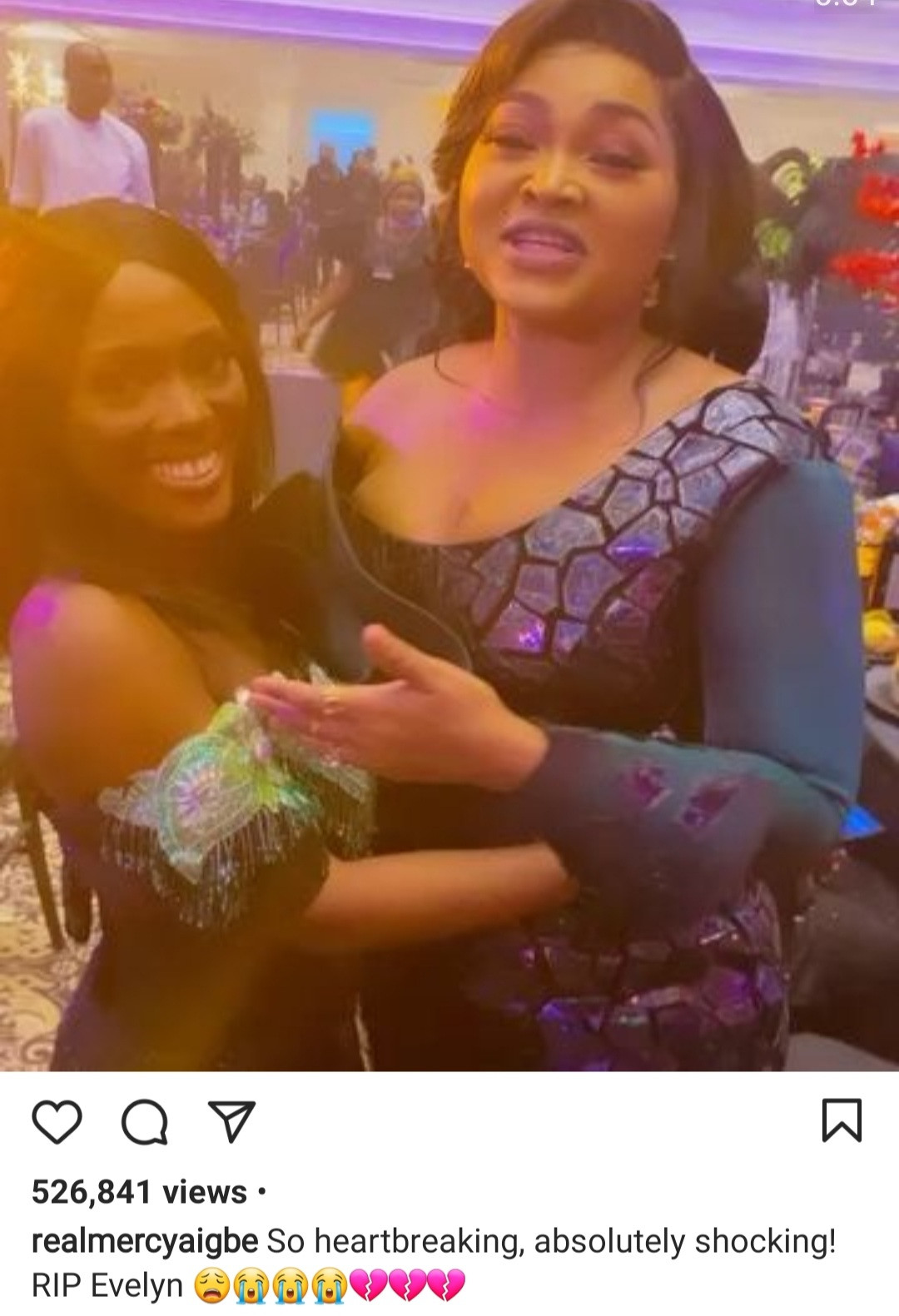