SADNEWS:Policeman Shoots His Girlfriend To Death For refusing To Marry Him After She Found Out He is Married With Kids(Photos). 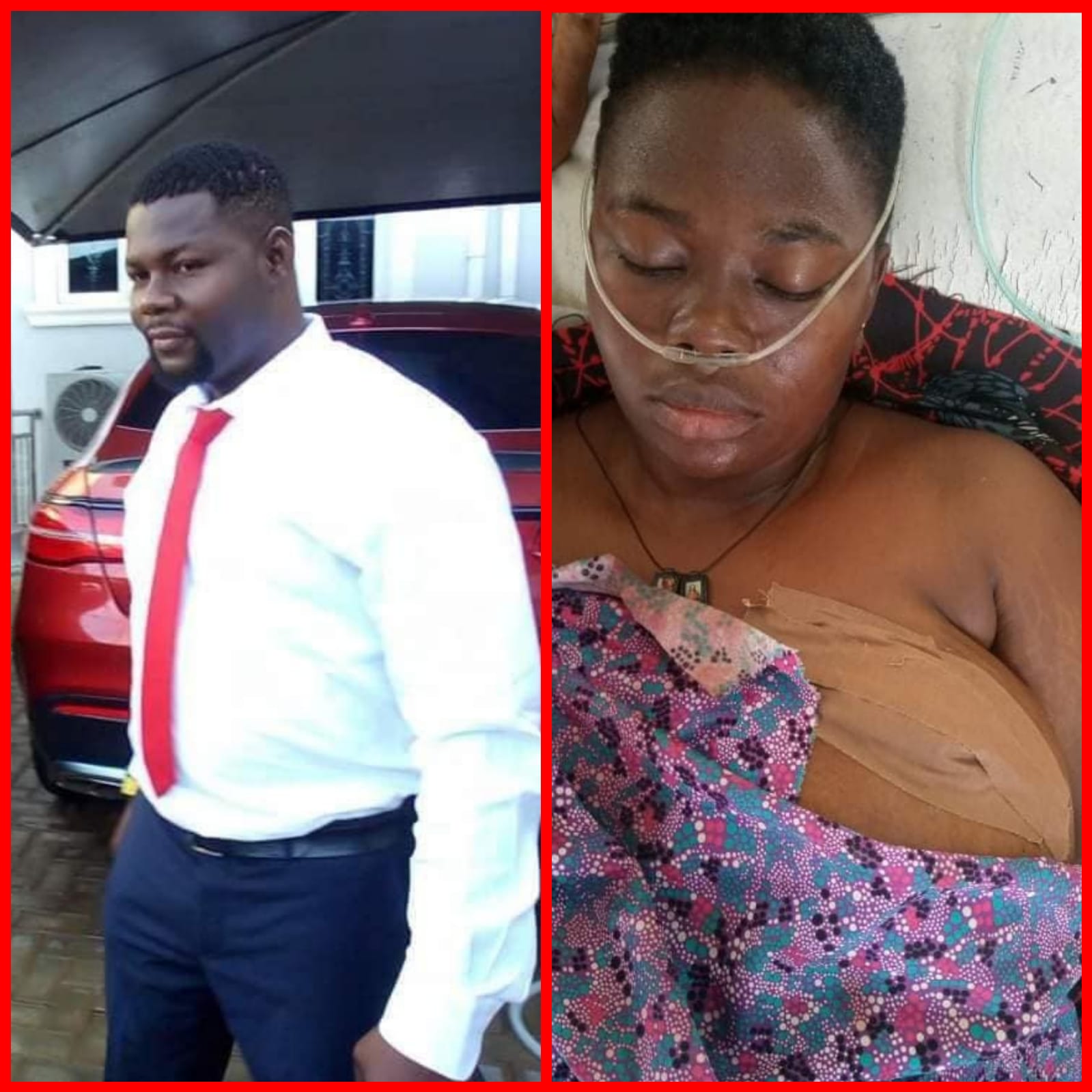 A policeman identified as Bishop Eno shoots his girlfriend to death for refusing to marry him after she found out he is married with kids in Delta state.

According to the news, the news, was disclosed today been Friday 29 October, Human rights activist said that the officer attacked to the Isoko division of the Delta State Police Command and the victim dated for five years only for her to find out that he is already married with a kid.

The Victim was said to have refused to marry him because of that and he subsequently demanded she refund the N1.5 million he spent opening a shop for her. She agreed to do so, he went to her with a service pistol and shot her.

Bishop Eno who i have attached his picture here is an officer of the Nigerian police force wearing SARS Uniform and serving in Isoko. for five year, he dated the lady attached only for her to find out that he was married with a kid, he asked for her hand in marriage last week which she turned down. Officer Eno then asked that she refunds the N1.5m he spent in opening shop for her which the family agreed to on Wednesday. Brutal like the Edenic serpent, he couldn't wait for the day agreed as he went with a service pistol to the girlfriend's house and shot her. She almost passed on as she was rushed to a hospital in Warri where she was given Oxyge, Officer Eno is now on the run and need to be arrest. 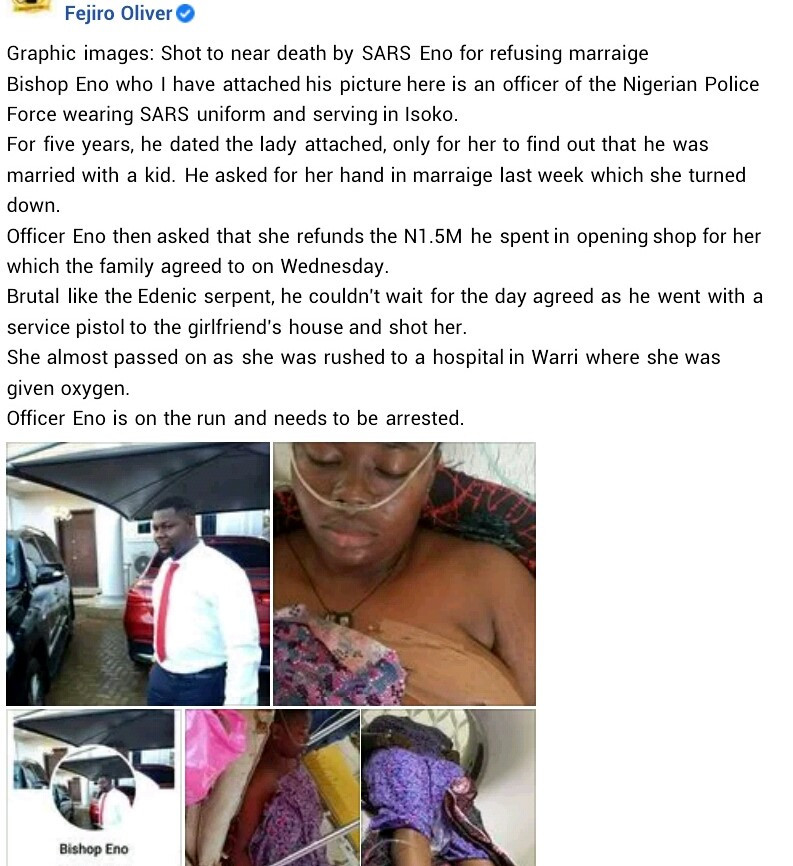 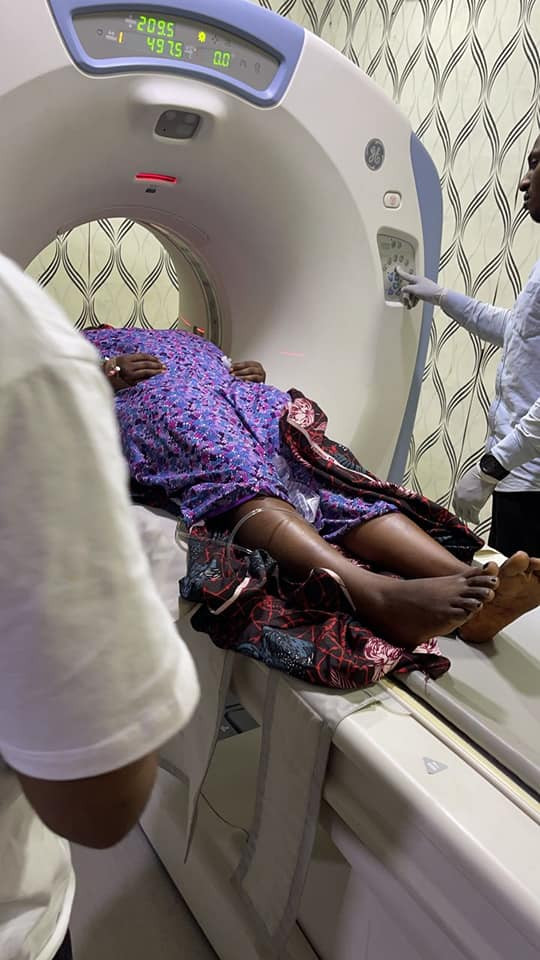