Side Chick Dey Message Madam Dey Advice Am-Cubana Chiefpriest show off WhatsApp Chat Between his Sister And Maria As She Ask for Forgiveness,(Photos). Cubana Chiefpriest Show off Screenshot of WhatsApp Chat between His sister and Former Big Brother Naija Star Maria as she beg for forgiveness , After he accused her of snatching his sister's Husband.

Cubana chiefpriest  show of the screenshots on his Instagram page as he Wrote" Side Chick Dey Message Madam Dey Advice Am, Maria You Get Mind Shaaaa.

According to the Screenshot, Maria was begging Cubana Chiefpriest's sister and also told her to  talk to her husband and save her Marriage, Maria  also let her know that she regrets her  actions towards calling her on phone threating her .

"He loves you and loves those children, You  should  give them that at least and leave whatever it is you feel behind. People make mistakes, disregard whatever you might have heard from people, all that is in the past. Please focus on him and your marriage is all I have asked God to give me the strength to call and tell you, Maria said as she advice her". 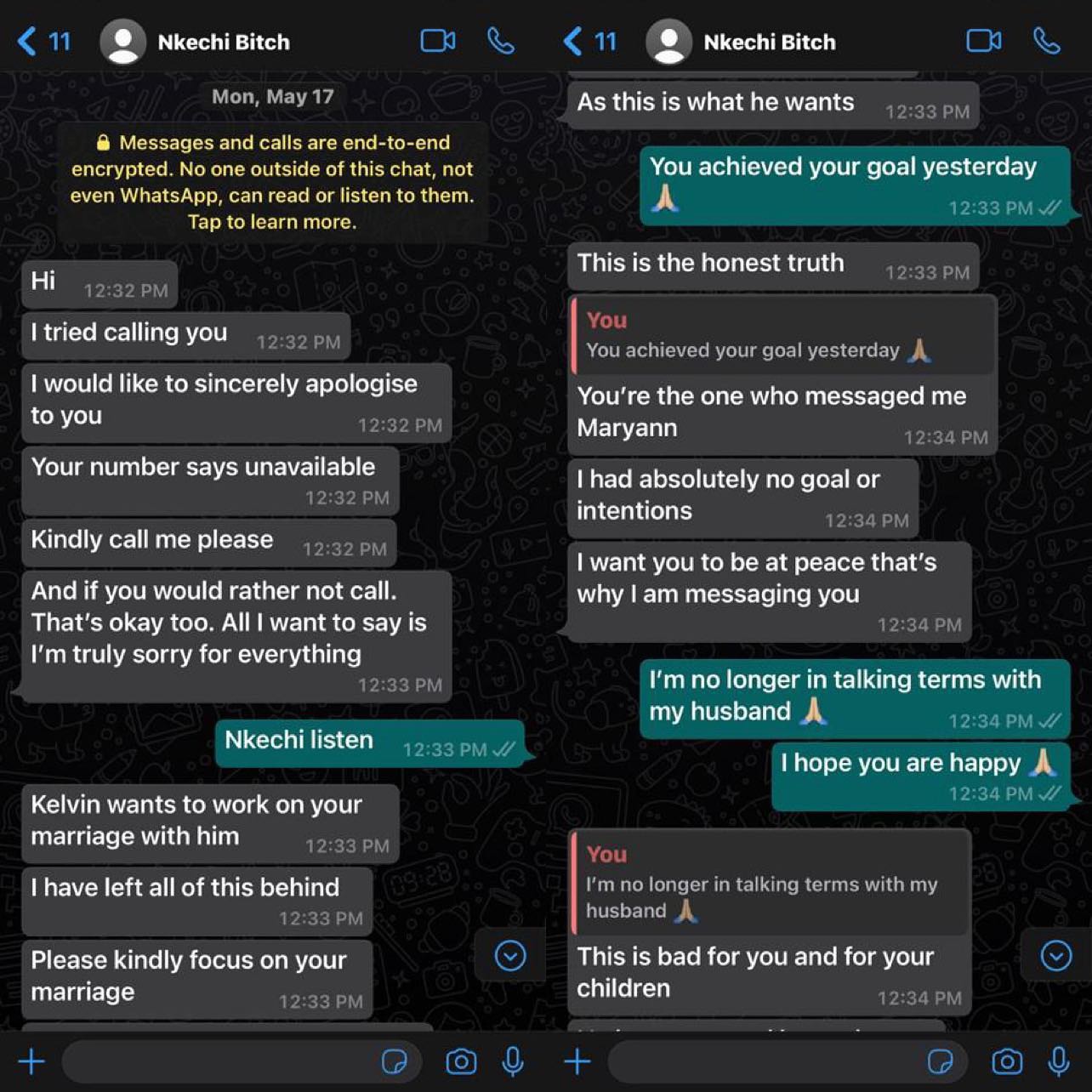 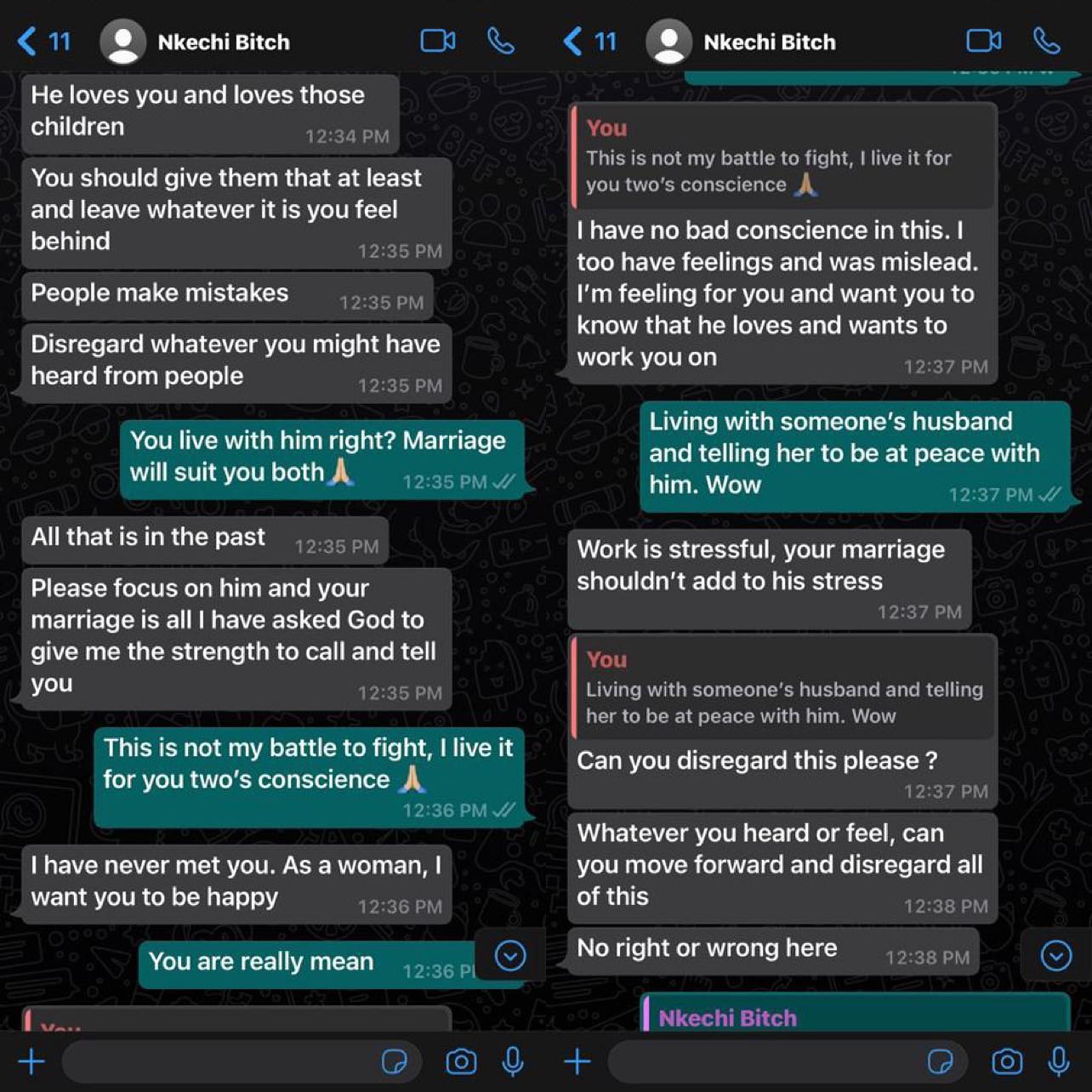 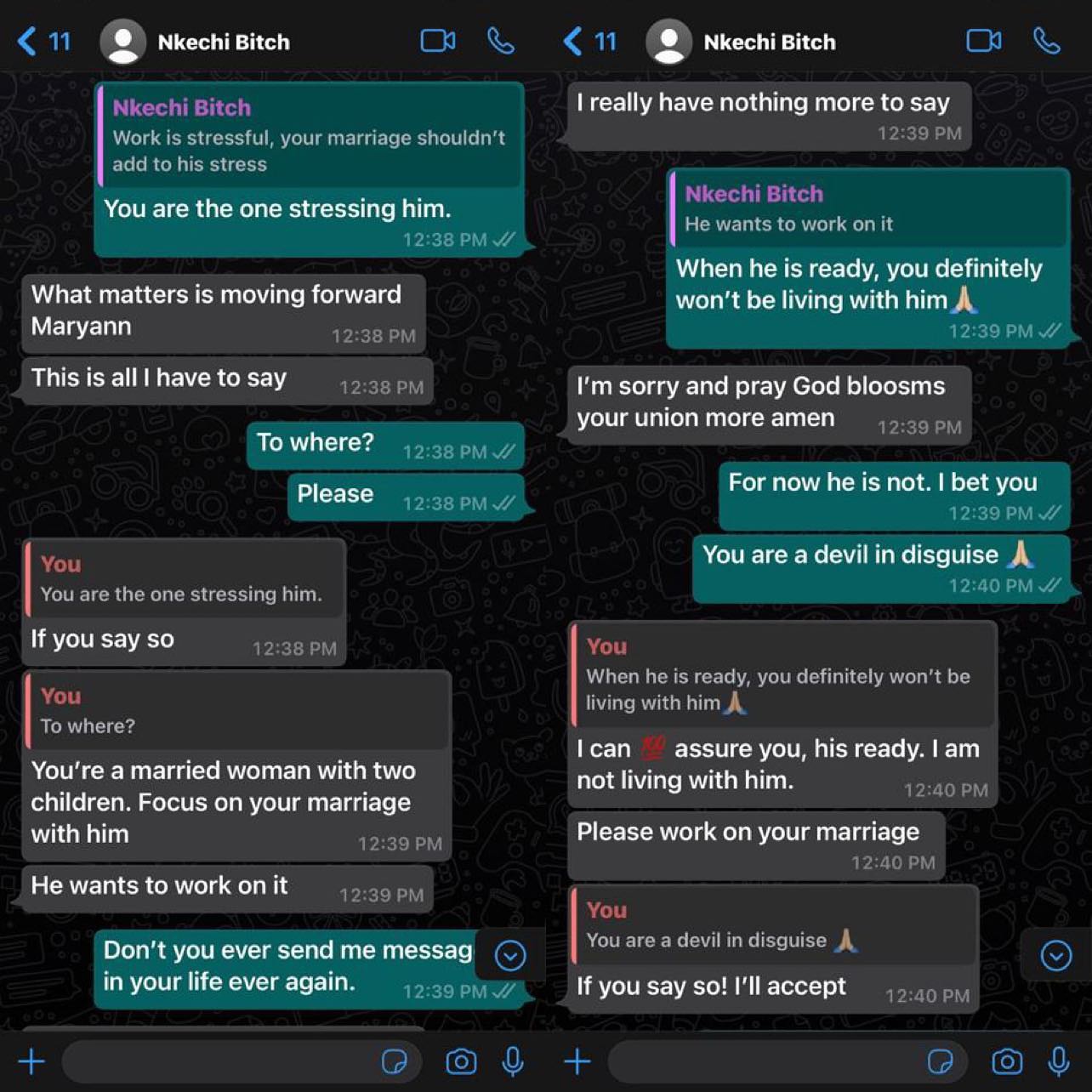 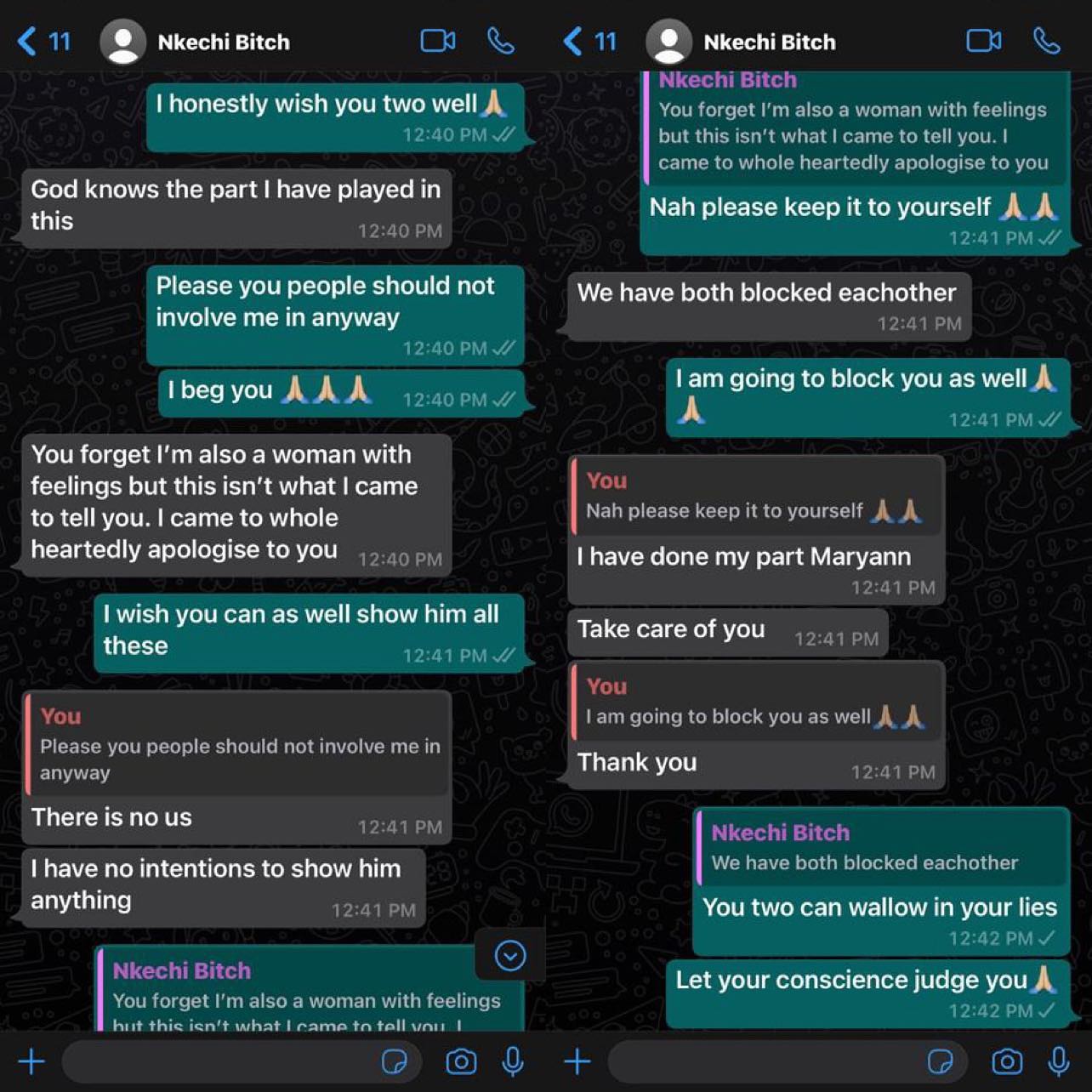 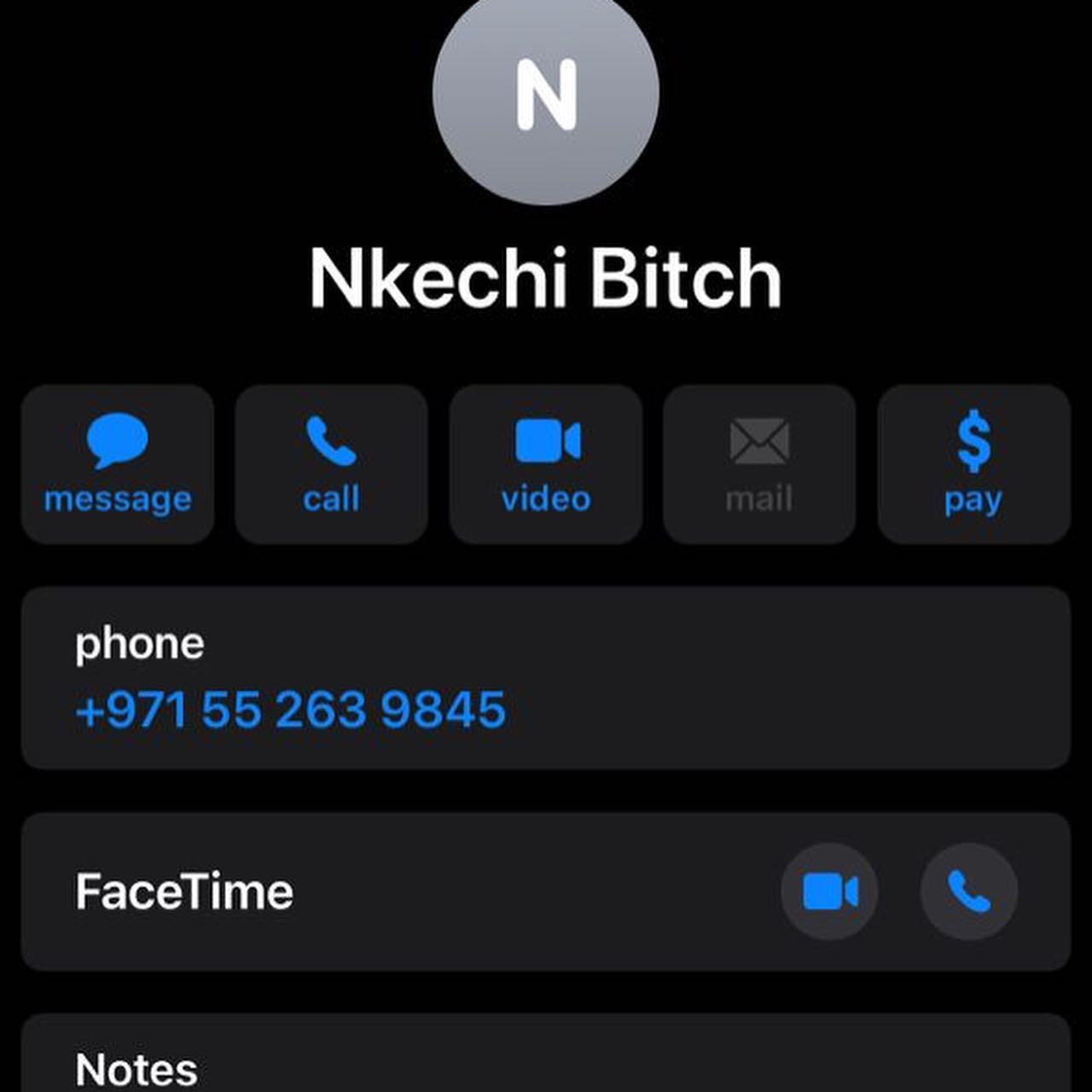