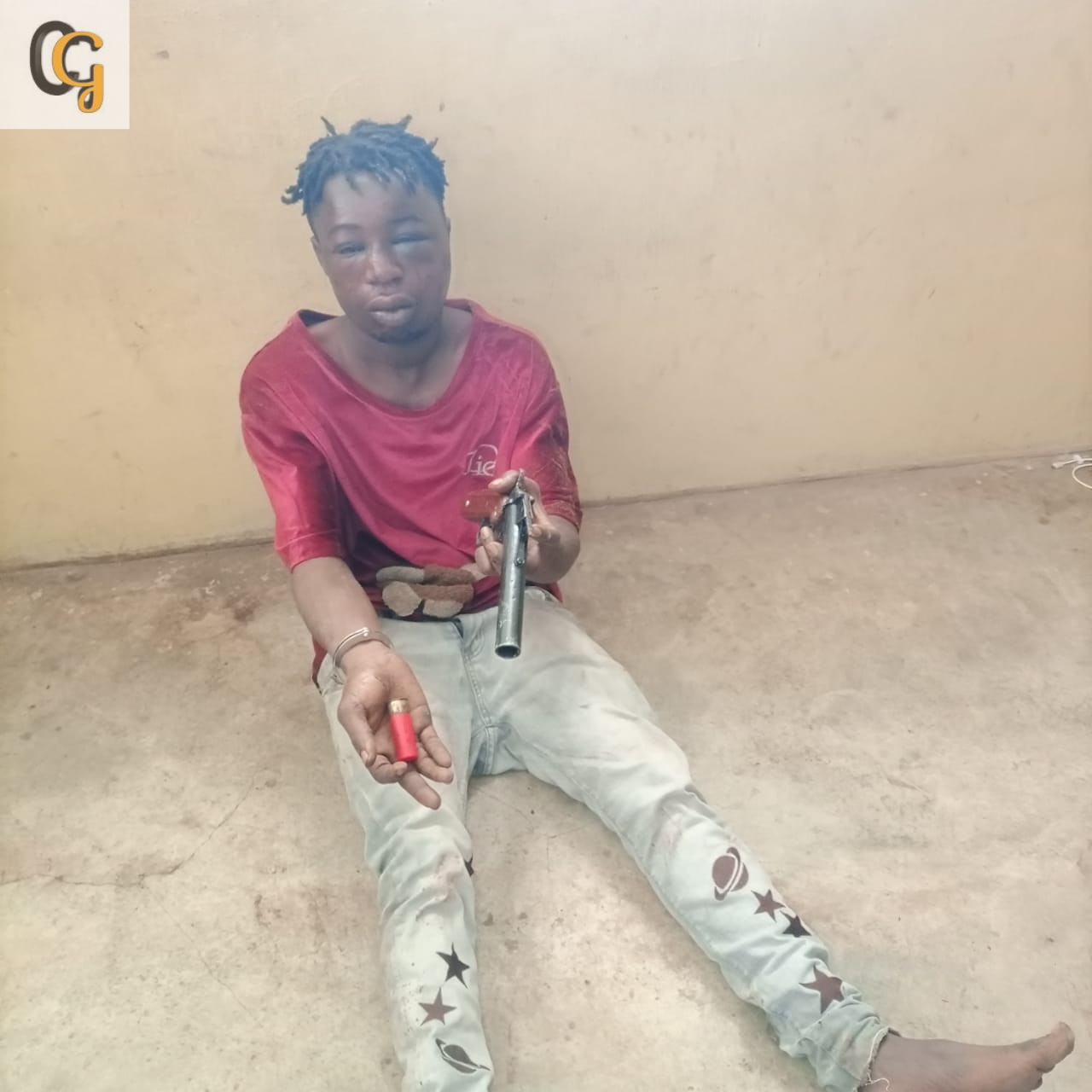 Suspected armed robbery  identified as Bolanle Ojomu has been arrested by the men of Ogun state police command while operating at Ilese Ijebu on 1st October.

According to the news, Bolanle Ojomu was arrested following a distress call received by the police in Ilese Ijebu divisional headquarters at about 12:30 midnight that armed  robbers was Terrorizing residents of Silva Estate Odomalasa area of Ilese Ijebu.

The DPO of Ilese Ijebu division CSP Known as  Amuda Bolaji quickly Mobilized his patrol team and moved to the Scene.

The Hoodlums on sighting the policemen took to flight immediately, but they were hotly chased and one of them was apprehended with the assistance of members of the community while others escaped.

The spokesperson of the state police Command known as Abimbola Oyeyemi said that the acting commissioner of police DCP Abiodun Alamutu has ordered  the immediate transfer of the suspect to state  criminal investigation and intelligence, he also directed a massive manhunt for the fleeing members of the gang with the view of bringing them to justice.