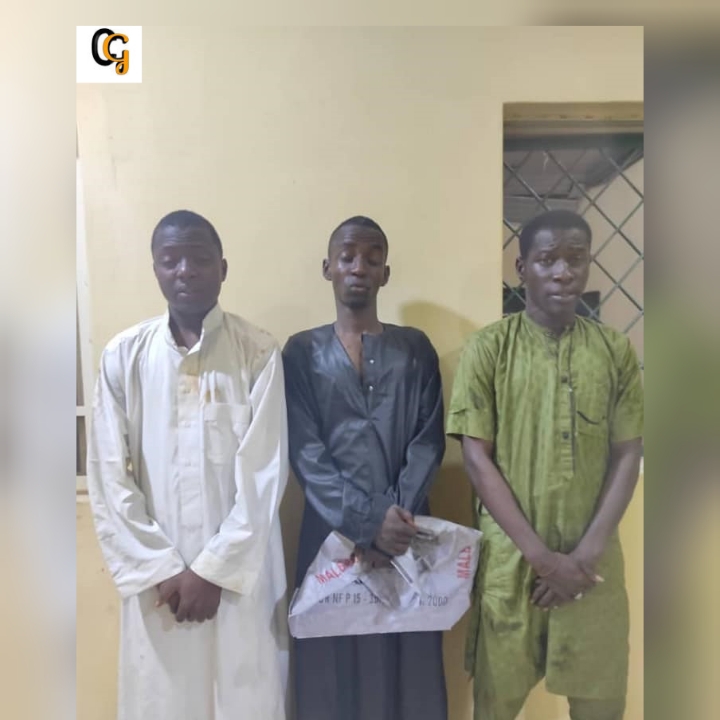 Three suspected kidnappers has been arrested  by the operatives  of the Kano state police command  at Sharada Quarters of kano.

According  to the news, The Spokesman of the command  known as DSP Abdullahi Harua Kiyawa, who disclosed this in a statement on Friday stated the suspects were arrested following a report received from a resident  that  he was  contacted and threatened on the telephone to pay the sum of two million Naira,  Otherwise himself or any member of his family would  be kidnapped.

Kiyawa noted that the complainant had earlier given n1m to the suspects after they made similar threats,  He  said that sometimes  in the month of August  2021, he was contacted with the same  ohone number and was threatened to be kidnap, where he gave  them  the sum of one Million Naira (N1,000,000.00).