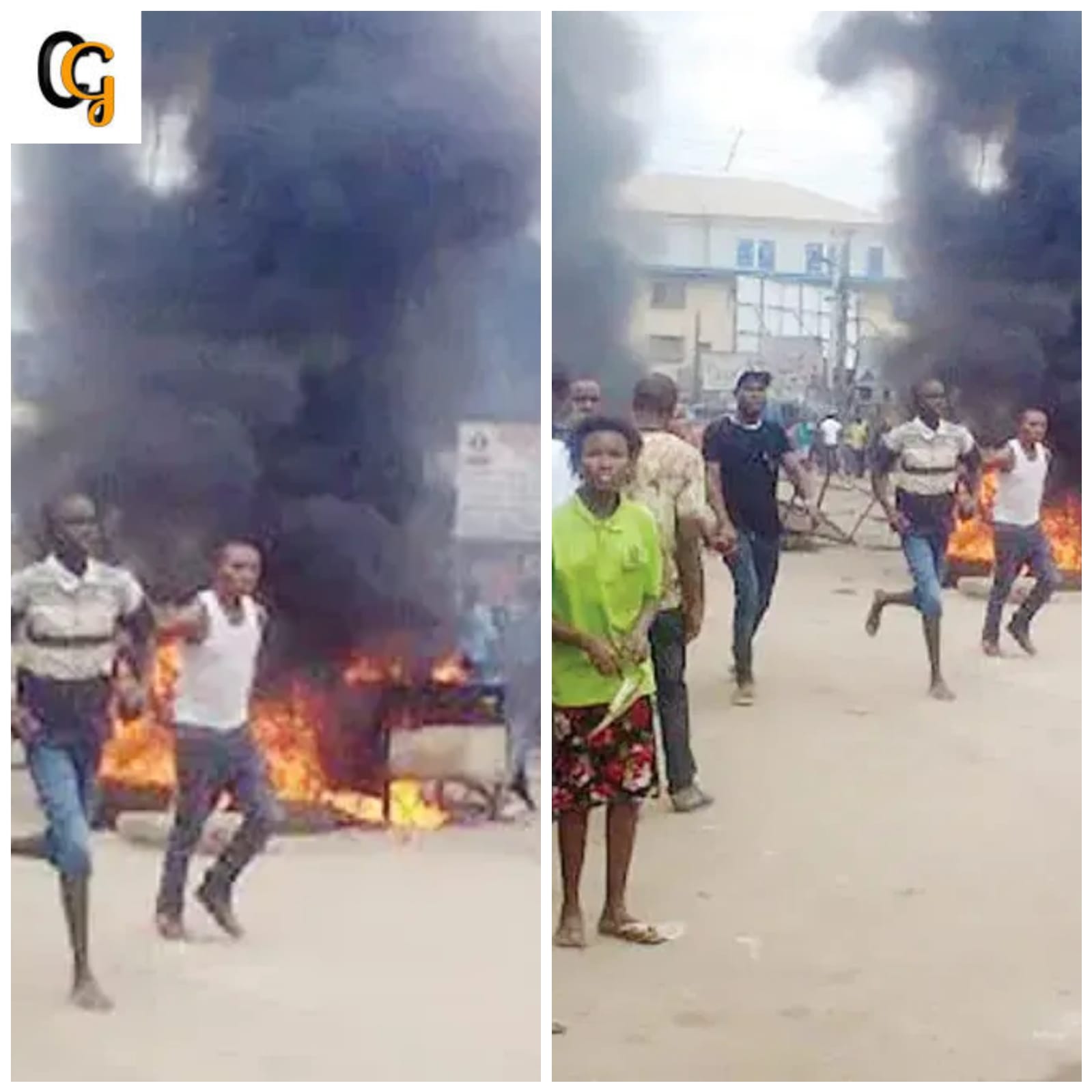 Woman suspected to be mentally ill identified as Esther Adu was set ablaze by Angry Mob for allegedly killing two of her neighbours at Ita Balogun, Ilesha, Osun State.

According to the news, It was noticed that the incident, which happened on Saturday also saw the machete wielding woman injured another neighbour, 70-year-old Disu Olaleye. He noted that a crowd of residents, after learning that Adu killed her neighbours, seized and set her ablaze before the arrival of the police.

She was overpowered by thr mob. A police van later arrived and took her remains away.

The Public Relations Officer of the State Police known as Command, Yemisi Opalola, who confirmed the incident stated that the 55 years old woman, Esther Adu, believed to be suffering from insanity, attacked and killed Ojuolape Olojo, a 90-year-old female, and Sunday Samson, aged 70 years, who were living in the same house with her.

The third person, Disu Olaleye, aged 70 years, also a resident of Ita Balogun area, did not die. He was rushed to a private hospital at the Ijofi area, where he is currently on admission. Calm has returned to the area and investigation is ongoing into the incident.