YOU CAN'T BE BEGGING ME BEHIND THEN SCENE TO SAVE YOUR MARRIAGE, AM NOT DUMB AS YOUR BOYFRIEND SEE YOU IN COURT- TONTO DIKE TELLS JENEMENA. 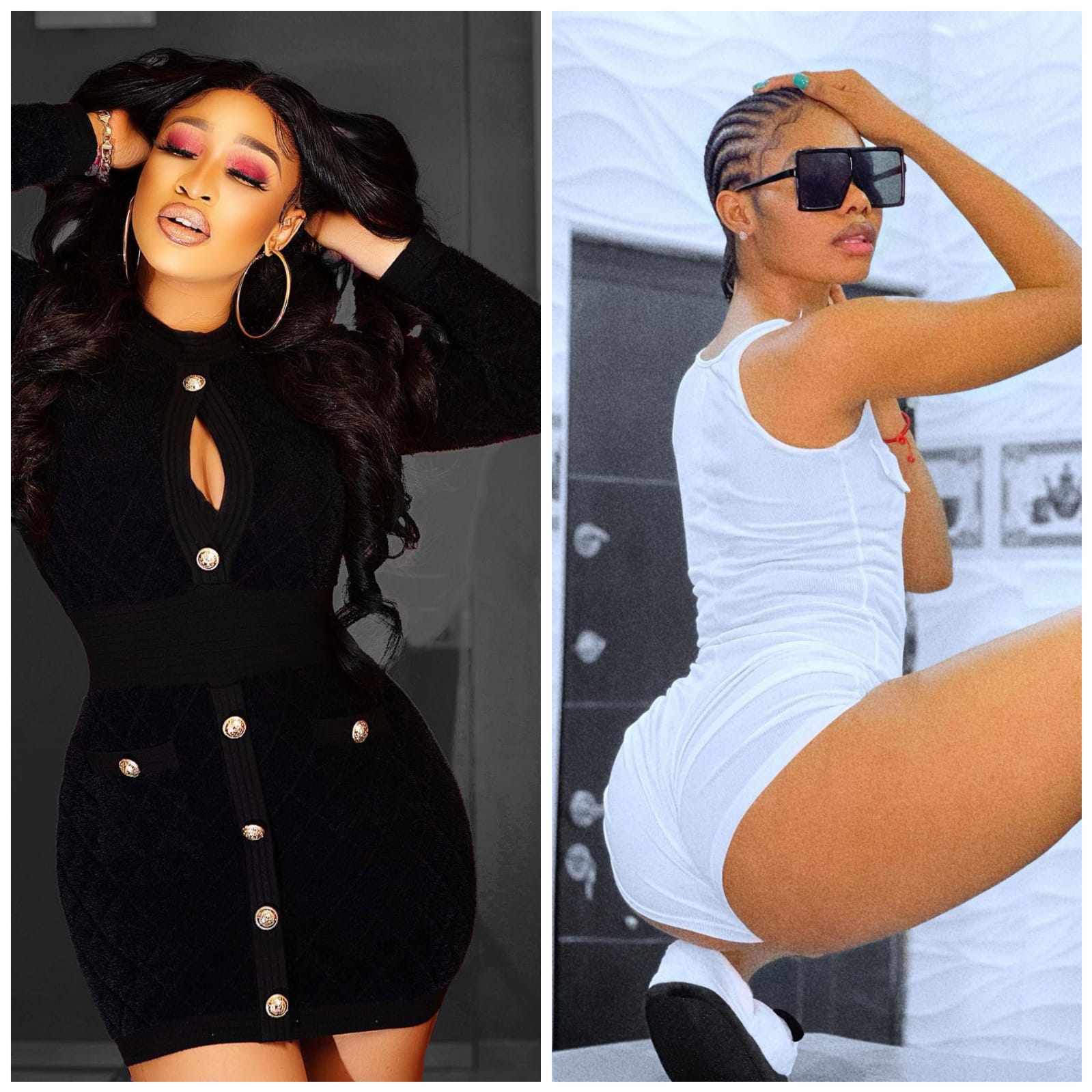 You can't be begging me behind the scene to save your marriage, Am not dumb as your boyfriend Tonto Dikeh react to the petition dancer known as  Janemena filed against her at the Nigeria Police Force.

According to the news, Janemena in her petition accused Tonto of defamation after the Tonto Dike  alleged that her ex-boyfriend known as Prince Kpokpogri, has her  old and recent sex tapes  in his possessionp.

The dancer  in her petition filed by her lawyers demanded a public apology from Tonto and a N500 million compensation.

The petition says failure to meet the demands within one month, legal action will be instituted. Tonto has now reacted to the petition.

She insists that she has the  sex tape and Janemena cannot be begging her to save her marriage and then still file a petition. 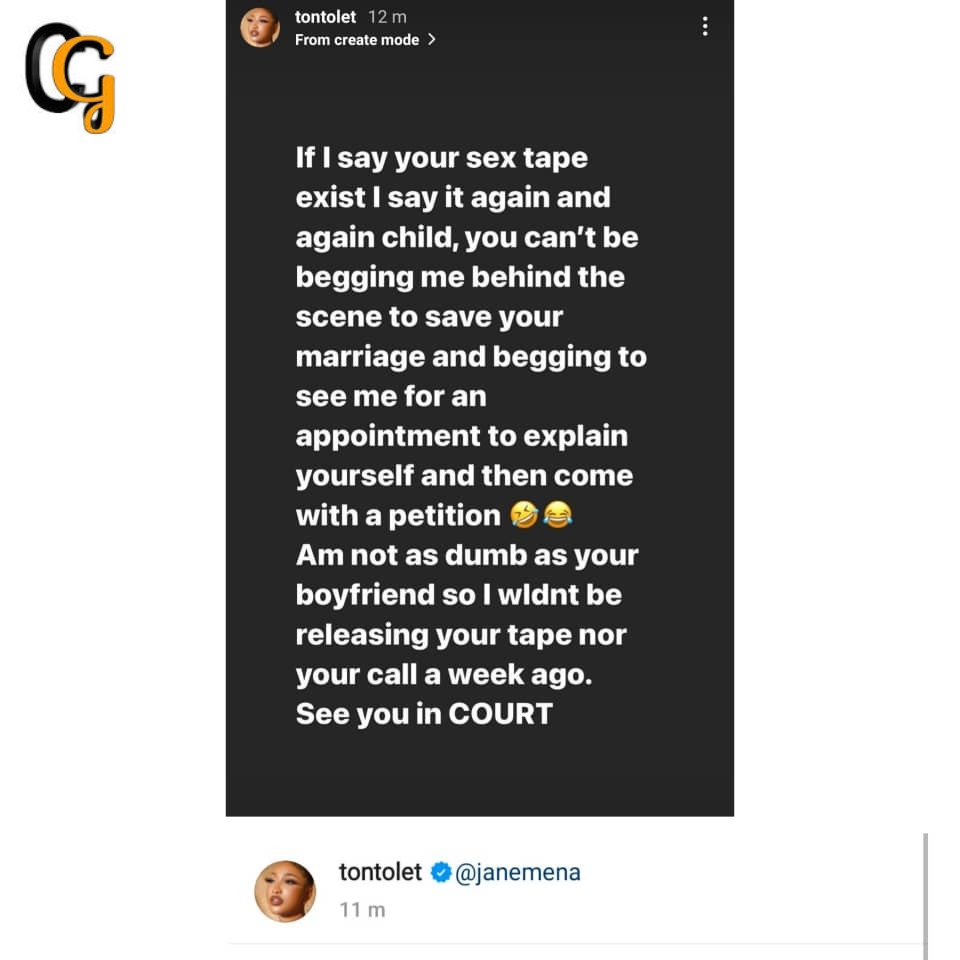