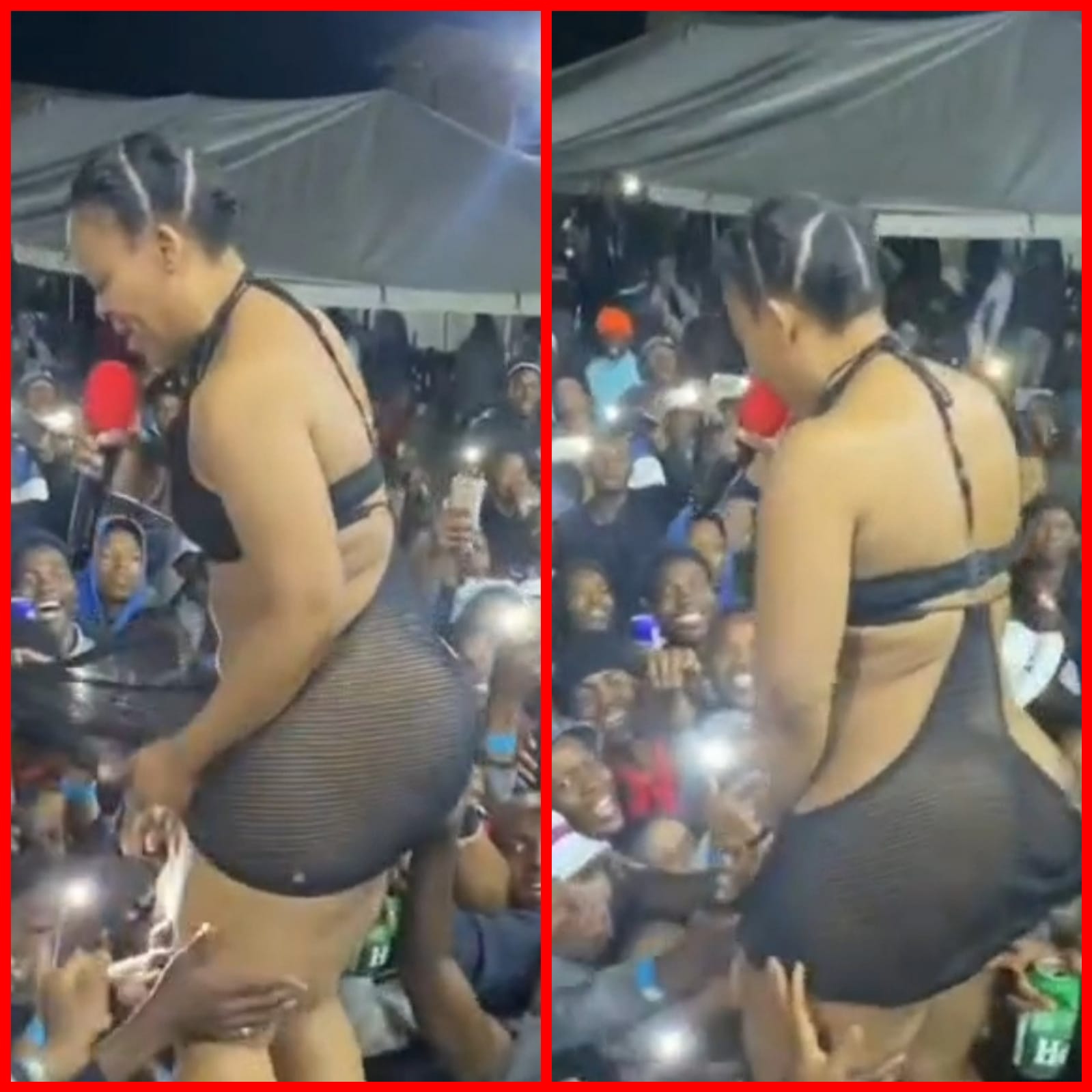 The South African Pantless dancer known as Zodwa Wabantu allowed her fans to dip thier hands between her thighs as she performed pantless on stage.

According to the news, Zodwa was performing skimpy see through dress that left little to the imagination when fans reached up and began pulling at her dress. 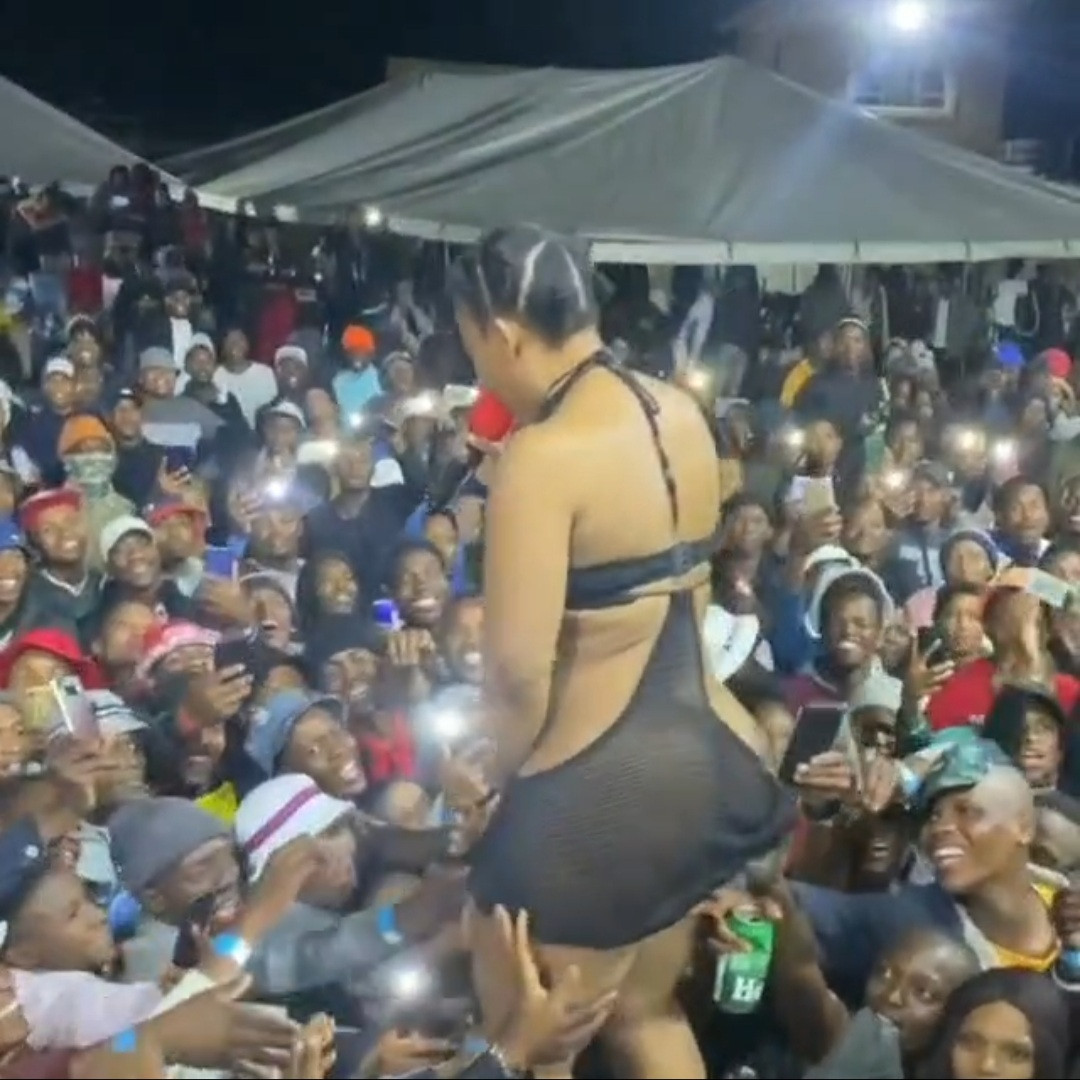 Some fans rubbed her thighs and other dipped their hands betwen their thighs before she moved away from the spot.