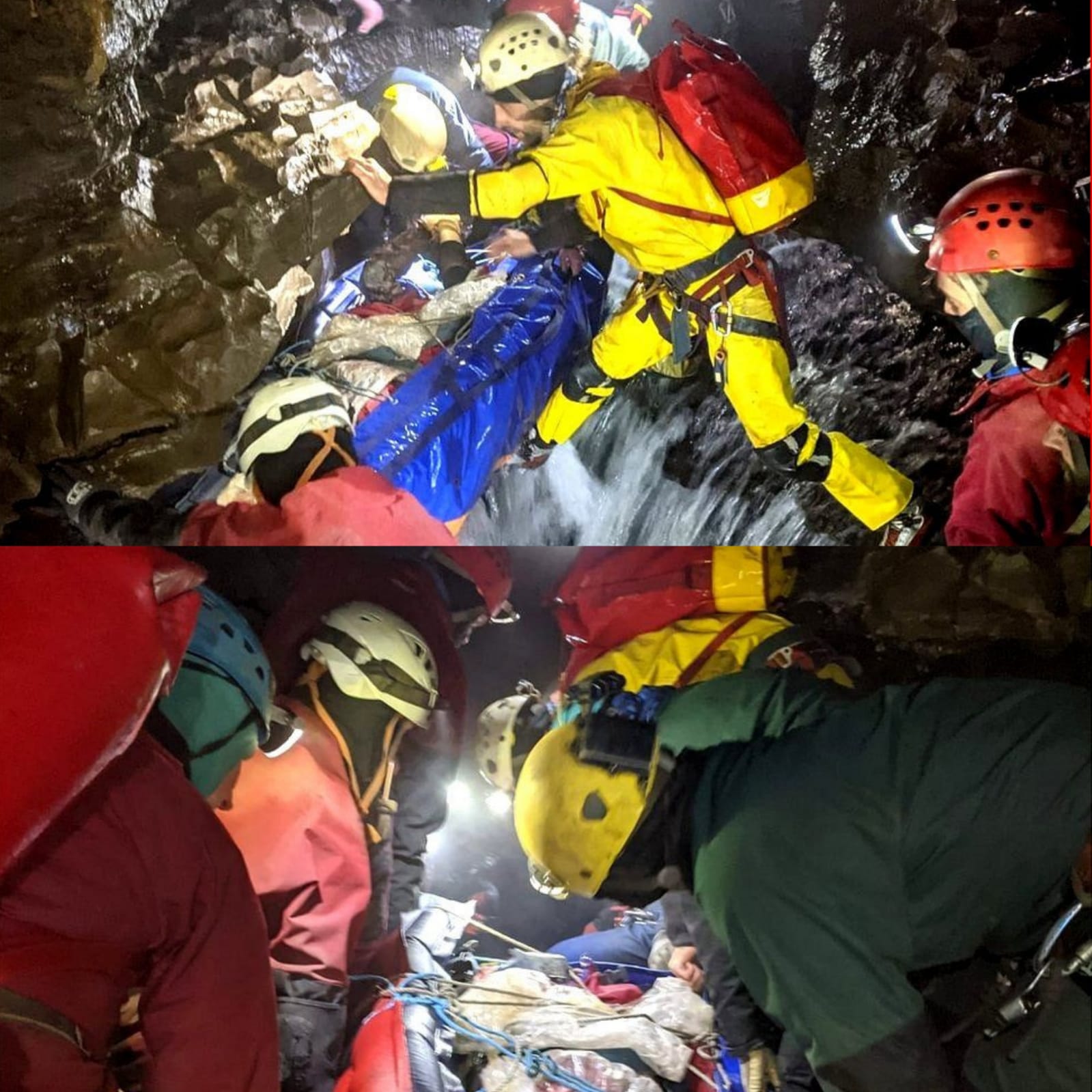 According to the news, The man  sustained multiple injuries while caving in the Brecon Beacons on Saturday been 7th November and was there till Monday.

On Monday he was lifted to the Surface on a stretcher, as rescuers and onlookers clapped and cheered before he was taken to a waiting ambulance. 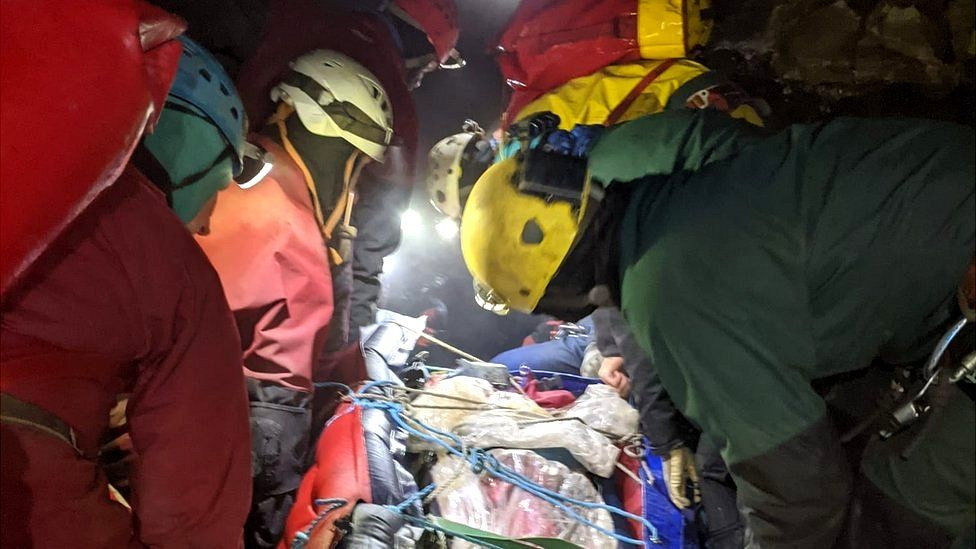 "he being assessed at the moment and we'll know more in a short while".

About 250 people were involved in the rescue effort, one of the rescuers identified as Peter Francis stated the man was "an Experienced fit caver and it was a matter of putting his foot in the wrong place " 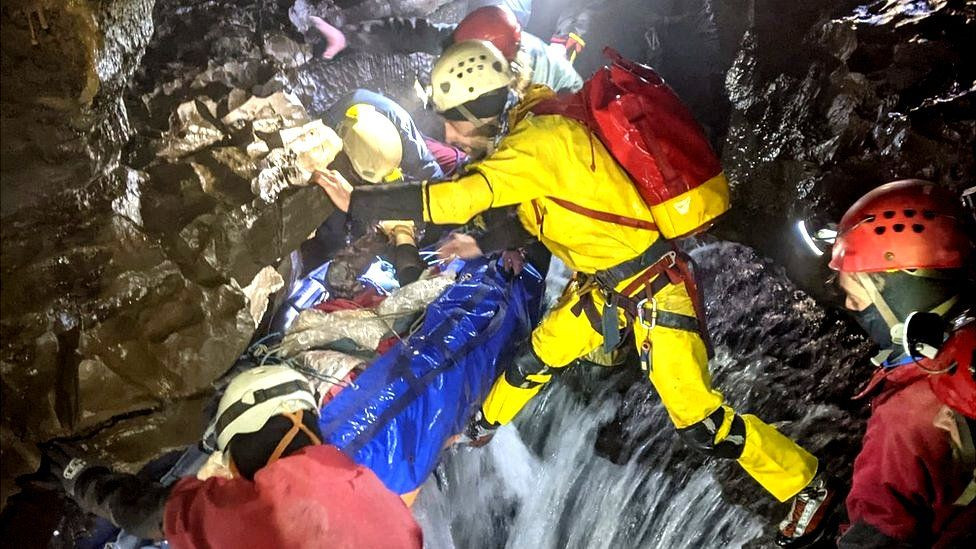 Rescuers say the wet and foggy conditions in the  Brecon Beacons meant an air ambulance helicopter was unable to land, so the  man had to be moved on a stretcher by specialist crews workings in shifts