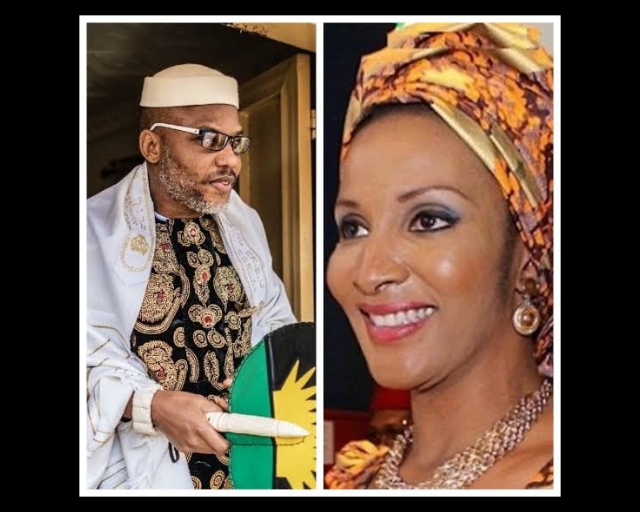 The Wife to the late Odumegwu Jim Ojukwu And also The former Nigerian Ambassador to Spain known as Mrs. Bianca Ojukwu pleaded  with President Muhammadu Buhari to release Nnamdi Kanu  ( The leader of the Indigenous People of Biafra).

According to the news, Speaking of the 10th memorial anniversary of late Biafran leader known as Chukwuemeka Odumegwu Ojukwu on Friday been 26th November in Owerri.

Bianca urged the president to consider the plea made by some Igbo leader during their recent visit to the state House , Abuja asking for Kanu's release.

She said , "Kanu's release will further buttress president Buhari's commitment to healing the wounds inflicted by the sense of Marginalization felt by the Igbo nation,

The founder of the Movement for the Actualization of a Sovereign state of Biafra known as Ralph Uwazuruike also said that Ndigbo were grateful to Ojukwu  for fighting for the Igbo people.