Davido Is The Biggest And Most Powerful Influencer In Africa, He's A God Amongst Men - Harrysong Parise Davido Over Raising More Than N100 Million in 24hours 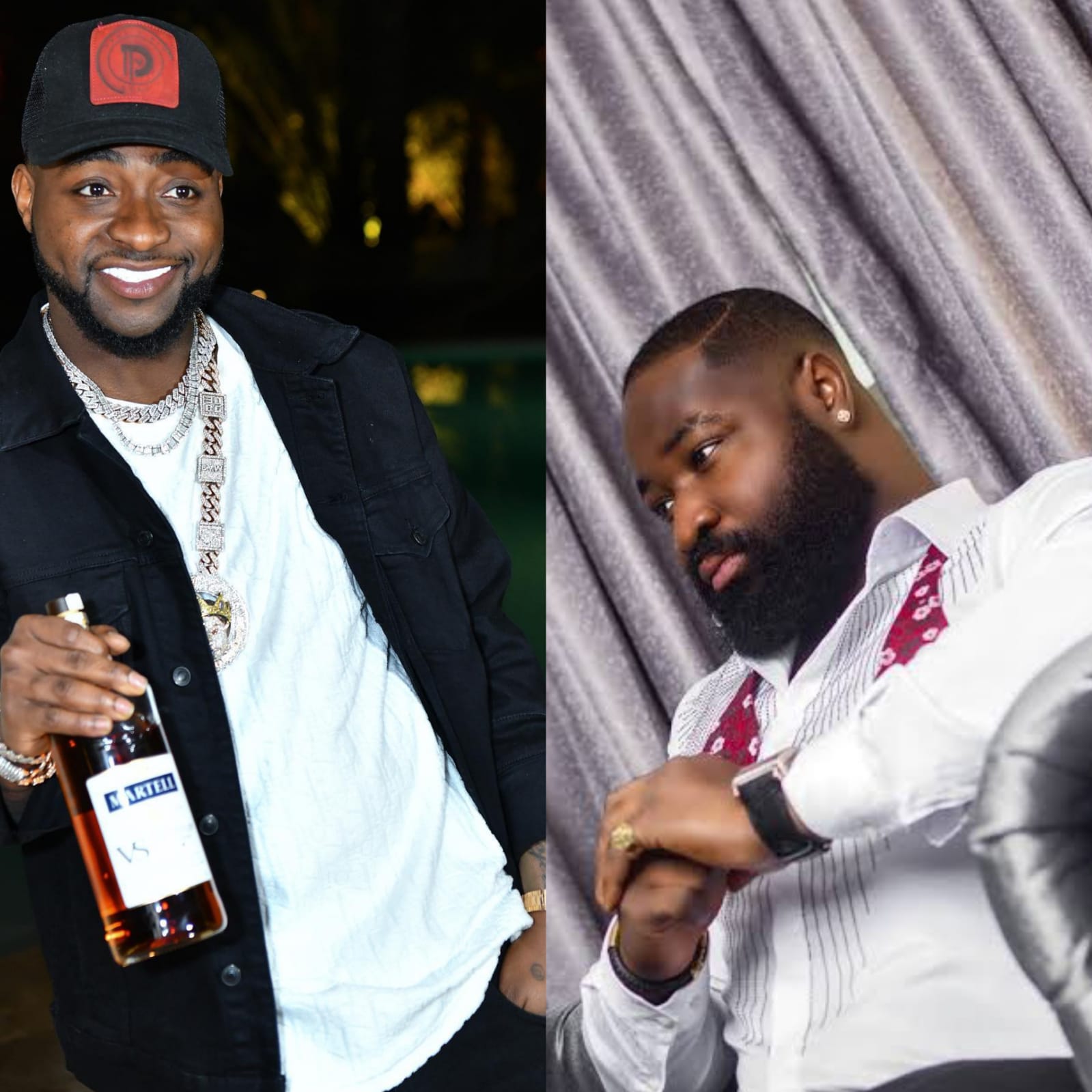 The Nigerian Singer known as Harrysong has Praise  Davido as the biggest nd most powerful influencer in Africa  over Raising  more than N100 million  in just 24hours   over his upcoming birthday.

According to Harrysong, Davido is  the biggest and most powerful influencer in Africa. Both on the Internet and on ground, HE's a god amongst men.. He stated this on his  Instastories hours after Davido raked in over 100 million  in donations from his friends ahead of his birthday 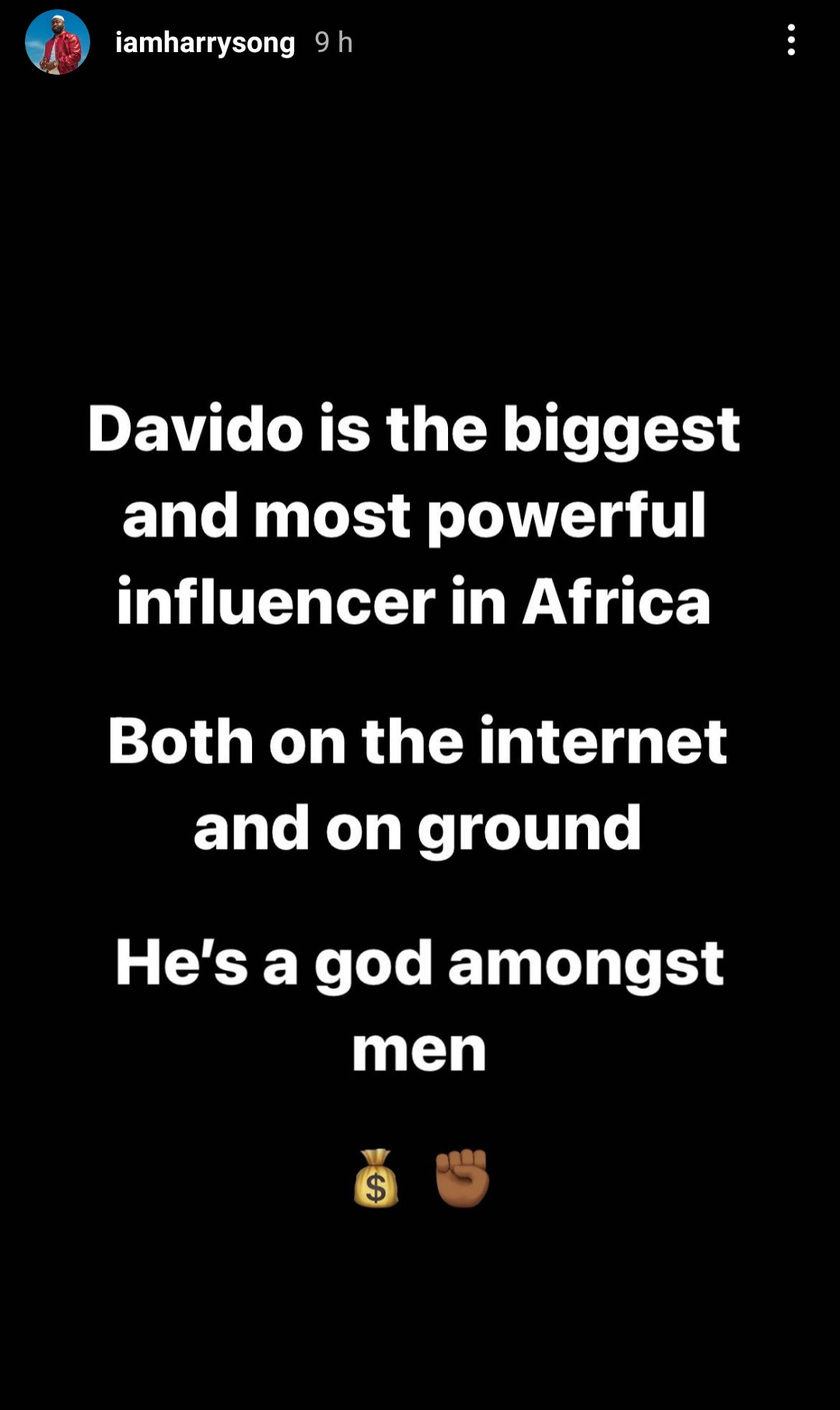