The former presidential aide known as Reno Omokri has led some advise to single men  over been generous to their lovers while being onerous to their mothers.

According to the news, Reno who took to his official Instagram page to shared some of his usual advice to his single men followers .

Reno stated that "The only person that can love a man unconditionally apart from God is his mother, so men should avoid being generous to their lovers at the detriment of their own mothers so that it will not prevent their blessings .

He also stated and advise men not to rush into a relationship immediately after they have been dumped, urging them to take their time to heal. 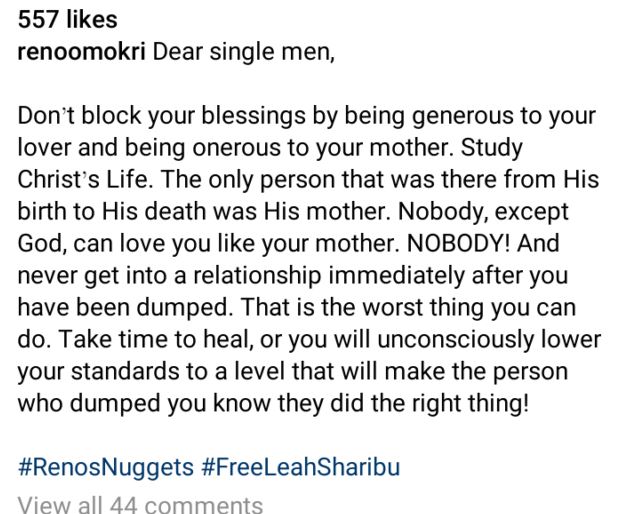