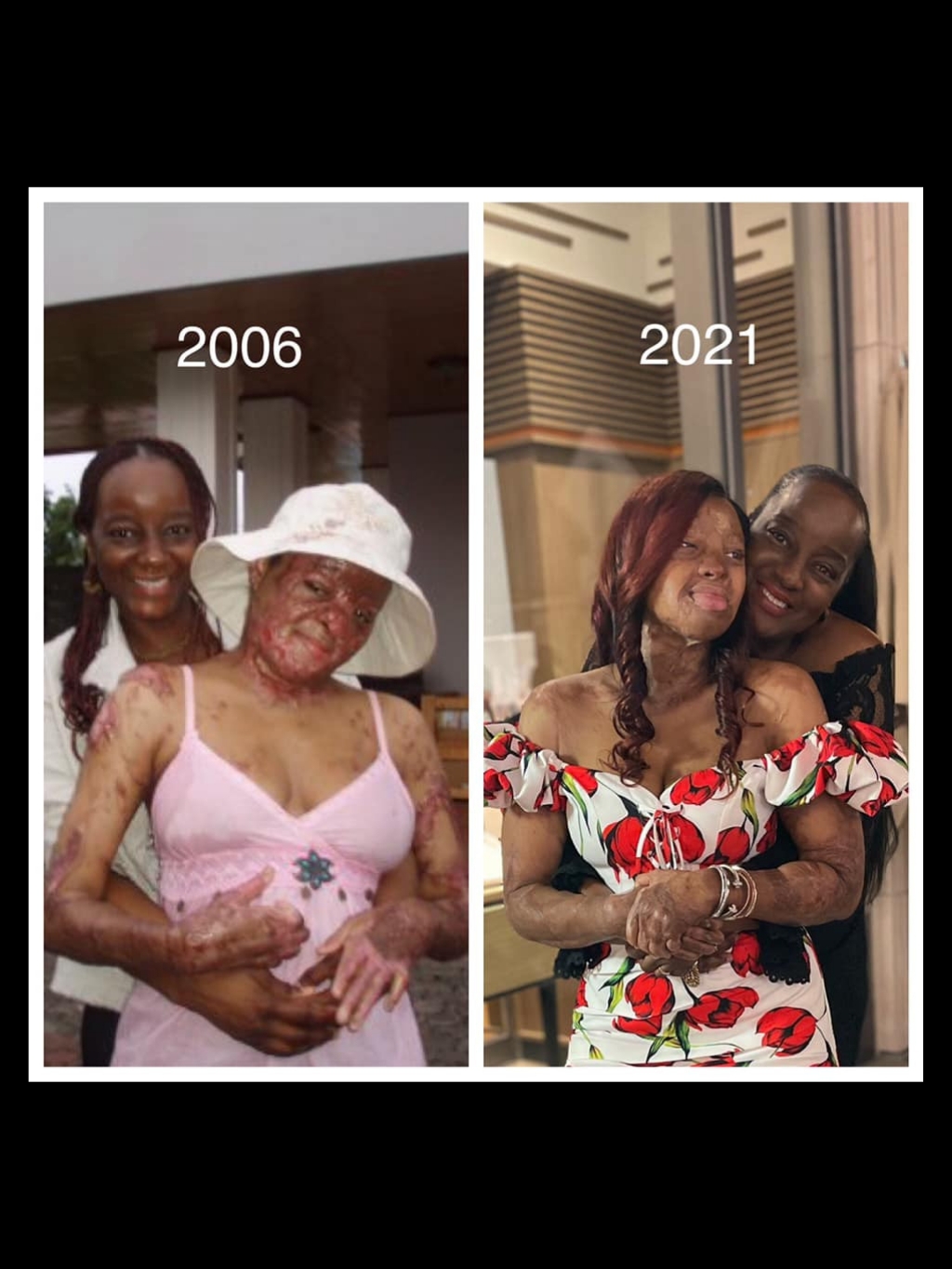 The Nigerian/American Burn Survivor known as Kechi Okwuchi shared  photo taken one year after she survived plane Crash  on soical media , as she celebrate her Mother known as Mrs Ije-Duru Okwuchi.

According to the gist, She shared the photos  today been Monday as she shared two photos with her mother, one of  them was taken in 2006 (a year after she survived the Sosoliso plane Crash).

She wrote,"mommy. Nne'm. Nwanyi oma. My role model for life. I found this pic and get the urge to just appreciate you. We've come such a long way. I love you so much, You Vampire, You ije-Duru Okwuchi.

Kechi , who is 31-year-old singer also a motivational speaker is one of two survivors in the December 10, 2005 Sosoliso Airlines Flight 1145 crash.

Kechi who has undergone over a hundred reconstructive surgeries since the tragic crash that claimed 107 lives, 59 of which were her school mates at Loyola Jesuit College . All through her recovery journey spanning 16 years.