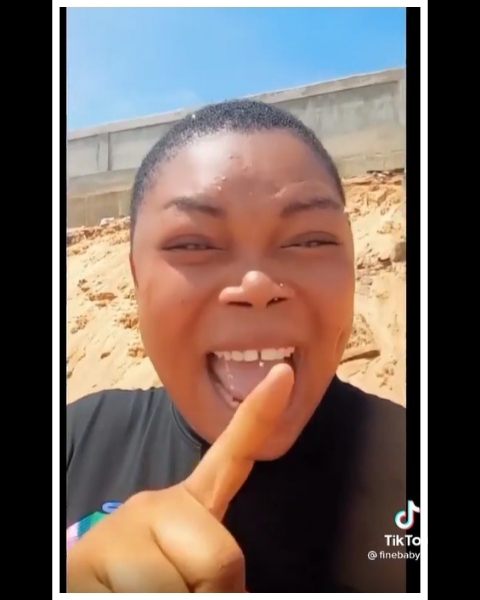 A Nigerian young lady identified as Joy has been spotted in a viral video at a beach as she breaks eggs and lay  curses on her cousin brother after she accused him of taking advantage of her and took something from her body.

According to the news, Joy Who identified her Cousin brother as Emma accused him of lying about not seen her for the past 17 years and also reneging on his promise of giving her money after taken her to an undisclosed place where he allegedly took something from her body.

Joy also stated that only her knows what she saw at the undisclosed place where her cousin brother took her to and added that no Prophet or native doctor can break the curse as she has summoned the water spirit. She also lay cure on those supporting her cousin brother online and also insulting her.