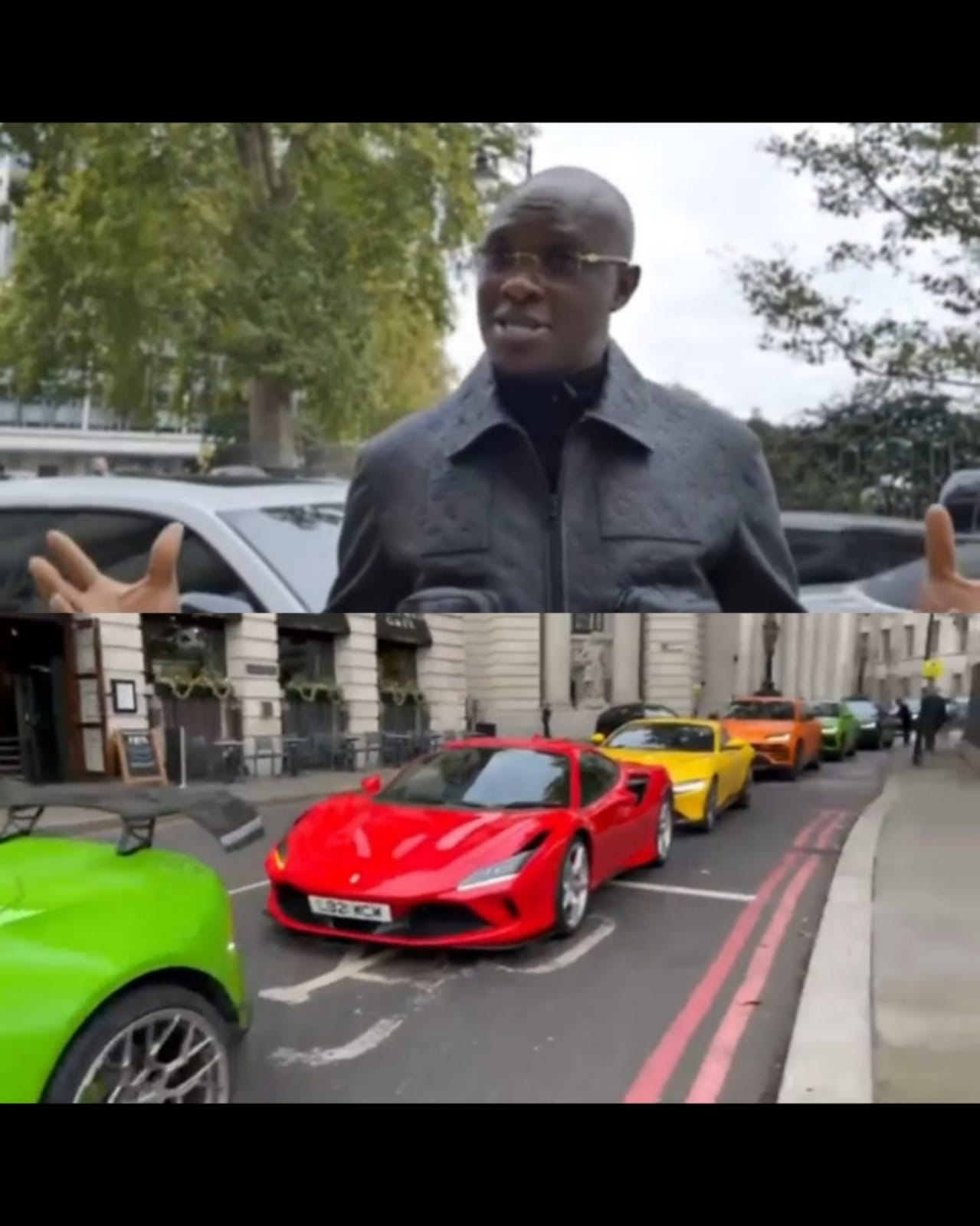 Nigerian Clergyman Known as Tobi Adegboyga  show off the Luxury Cars his "Sons and Daughters" Drove to Church on his Facebook page.

According to the news,  Pastor Adegboyega  who is the founder of Salvation Proclaimers Anointed Church ,a Pentecostal church  based in London.

As he turned 41 years-old on Thursday been 11th November  and released several videos on facebook. One of the videos shows Luxury cars lined up on a street in London waiting  for him to lead them to church in his car.

He stated  as he shared the video to inspire and anyone who is offended by it doesn't like good things, He also added that his children have worked so hard and the luxury cars people are seeing are the result of their hard work. 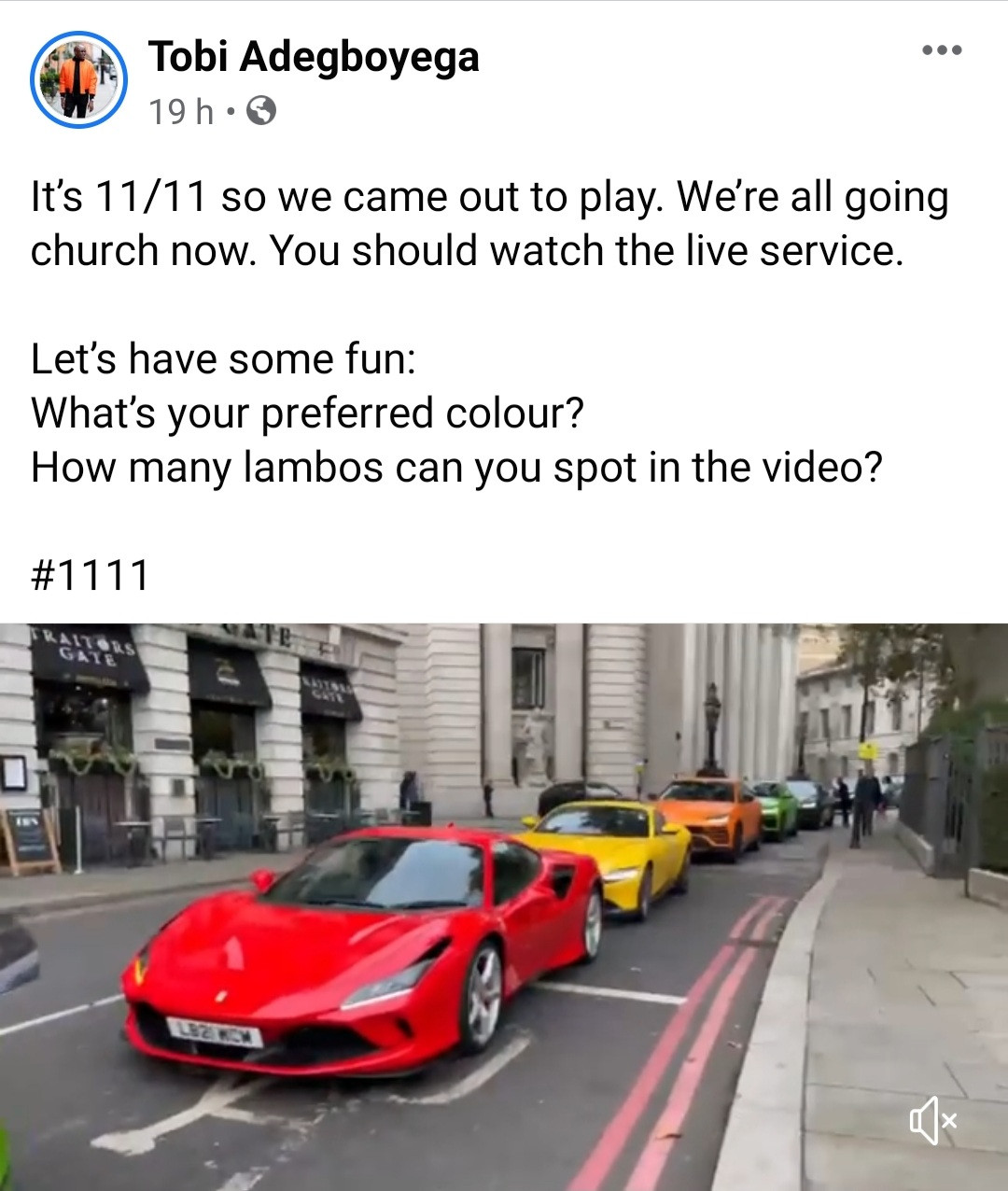 In the caption he added, "How many Lambo can you spot in the video?"