Singer Davido Donates N200 Million, Which was Given To Him By His Friends And Fans Puus An Extra N50 Million To Orphanages Across Nigeria 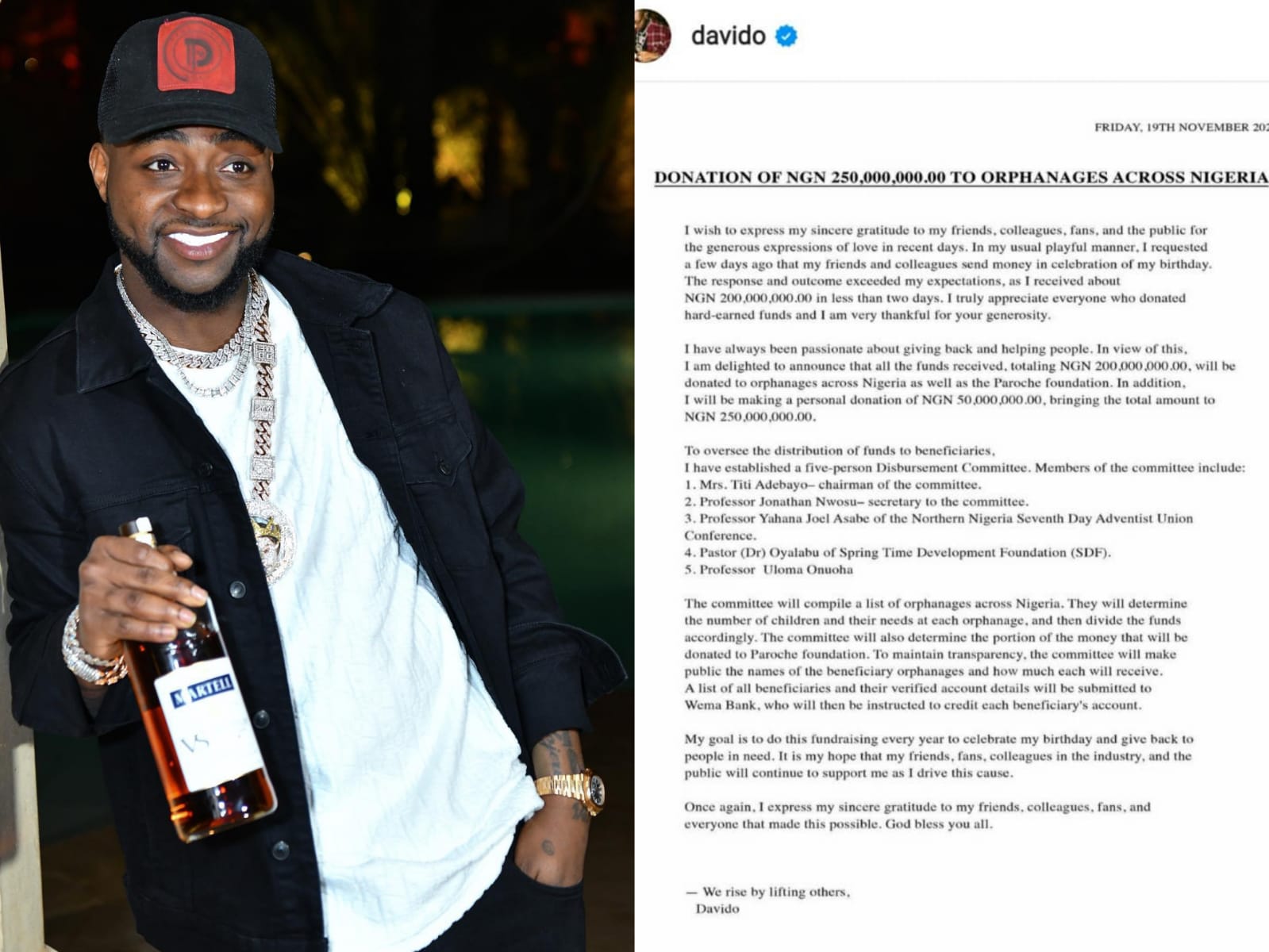 The Nigerian Singer Known as Davido  has decided to donate the N200 million Given to him by his friends and fans  and plus his  Personal donation of N50 million to Orphanages across Nigerian.

According to the statement  released by him this Afternoon, He sated the N200 million is to be distributed to Orphanages across the country, He also said a 5-man committee has been set up to monito the distribution of the funds.

Here is the statement below: 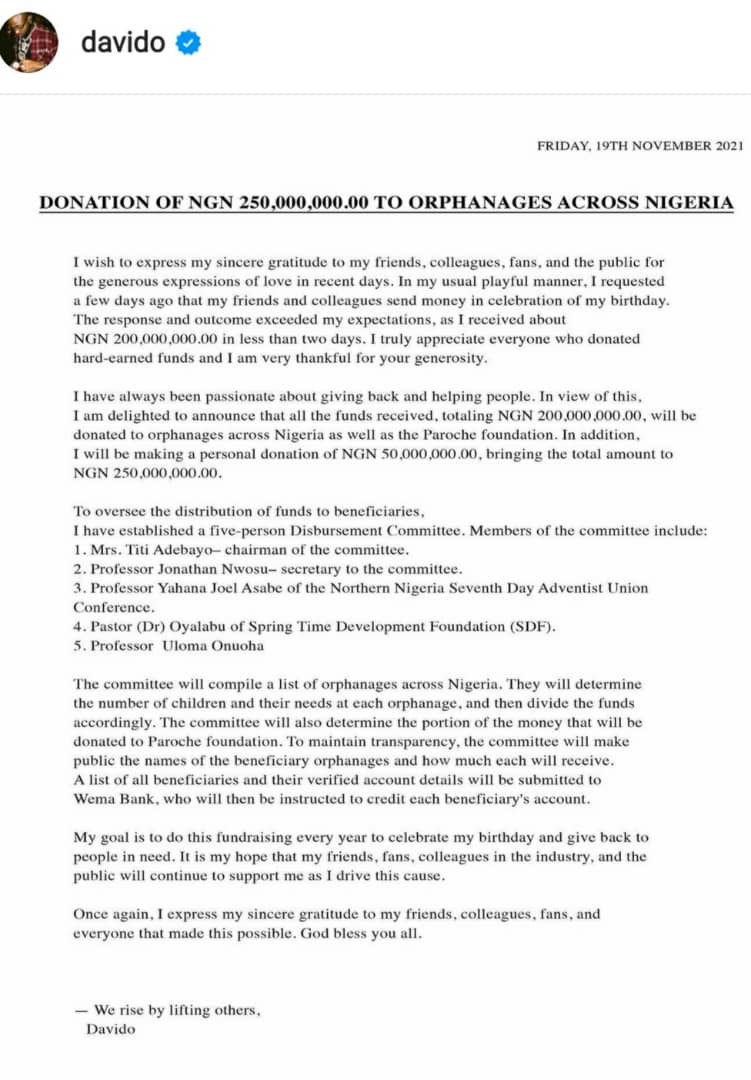