GOODNEWS: Actress Luchy Donalds Get A Mercedes-Benz Days After She Clashed With Destiny Etiko. 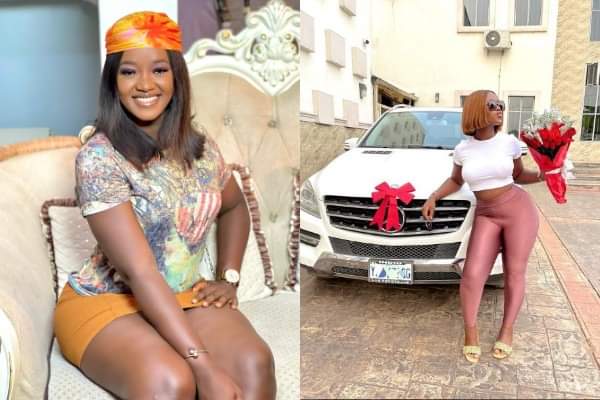 Nollywood actress known as  Luchy Donalds took to her  Instagram page  to unveil her Christmas gift; a Mercedez-Benz car that landed while she was outside the country.

According to the mews, The thespian in the post revealed that while she was in Istanbul, Turkey chilling, her Xmas gift was at home waiting for her. She further expressed gratitude to God for the awesome ride.

This comes days after Luchy and Destiny Etiko clashed on social media after the latter made a shady post about the former’s shopping bags which she tagged as empty.

Sharing a video of the new whip, she wrote:

“So while I was chilling in Istanbul my Christmas gift was chilling waiting for me at home. Congratulations to me.

God I am super grateful, it can only be you Lord