NEWS: One Of The Students Allegedly Responsible For Sylvester's Death Has Been Spotted In Another Video Bully His Mate, (Video). 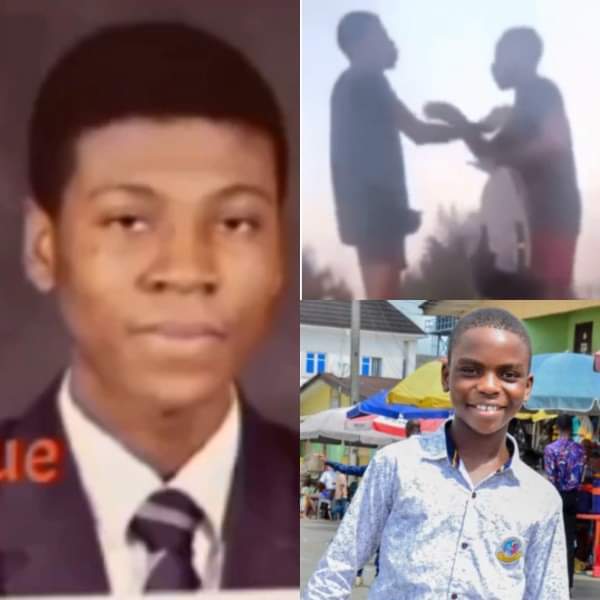 One of the boys identified as Edward Brown  who allegedly beat Sylvester Omoroni to death in an attempt to make him join their fraternity has been spotted in another video bullying his mate.

According to the news, Recall that amid the heat of events, it was reported that the boys who allegedly perpetrated this heinous crime against Sylvester Omoroni which led to his death were flown out of the country by their parents.

As more developments continue to unfold in line with the saga, a video that tries to justify the bullying nature of one of the boys has sprung up on social media.

In the video, the boy could be seen intimidating a fellow lad as he landed some punches on his chest and push him.

Voices could also be heard in the background appealing to him to calm down.