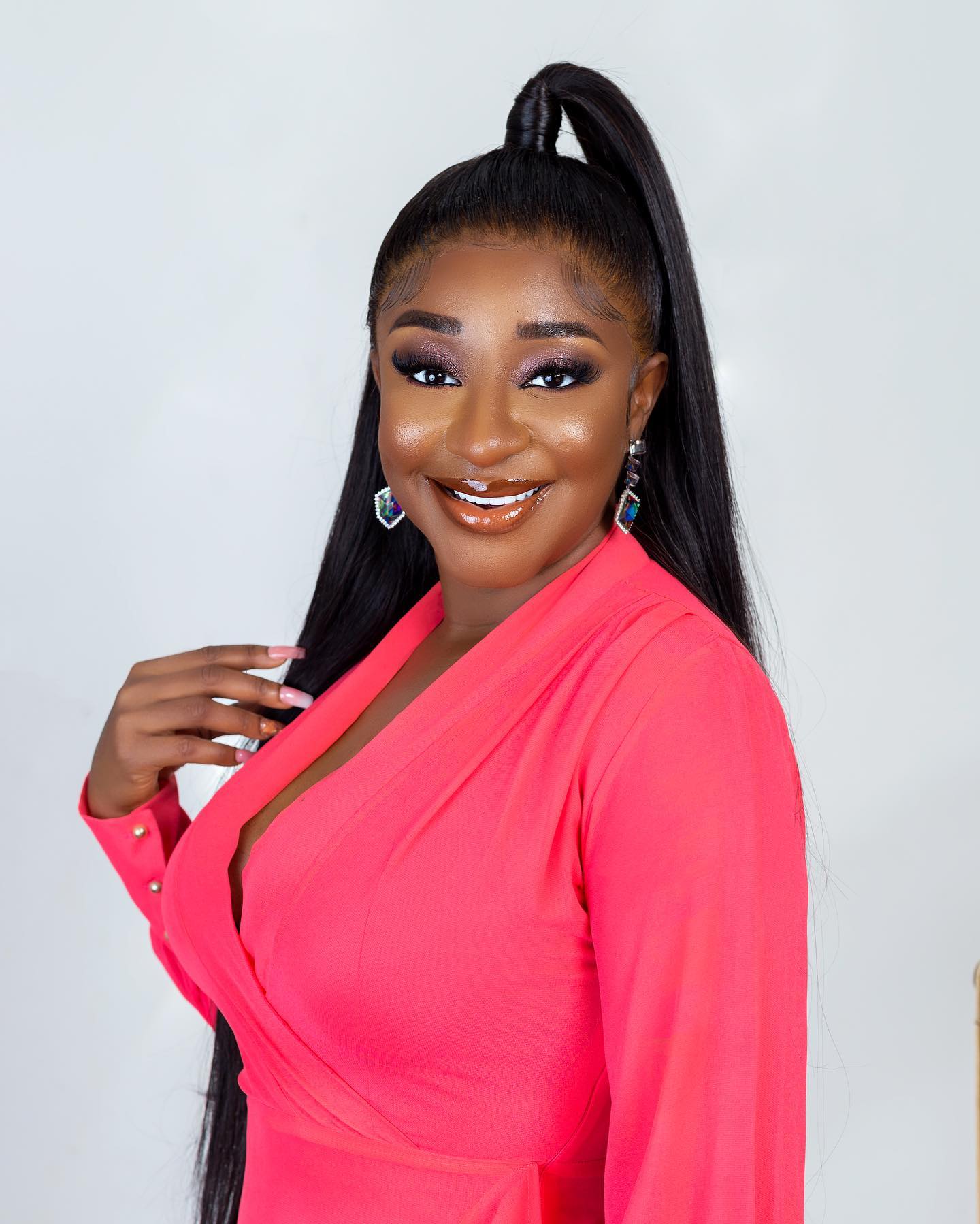 Nollywood actress, Ini Edo has finally reacted to viral reports that she welcomed a babygirl through surrogacy and also opens up about her Baby's father

In a recent interview with Blogger Stella Dimoko Korkus, Ini Edo confirmed the report as she revealed she’s proudly the mother of a babygirl.

Speaking on the identity of her baby’s father, Ini Edo said she opted for a donor father because she wouldn’t want any controversy in future between her daughter and father.

She reveal this  as she was interviewed, she stated:

Ini Edo, you recently allegedly welcomed a child through a surrogate mother. Can you confirm it and tell us why you chose this path? Please also tell us if you used your eggs as well.

Wow! Here we go Stella.. Yes I do have a daughter and I had her through surrogacy. The Eggs are mine and so genetically she’s my blood. I chose this path to fulfil my dream of becoming a mother. I still have a good number of eggs frozen in case I decide to do surrogacy again or carry my baby myself .who knows.

Tell us about your baby’s father.

I opted for a donor for me and my baby’s peace of mind. Another major reason I opted for a donor is because it scares me so much when I see banter and controversies between a mother and a father over a baby in public forums or when I see the man insisting he wants his child if things don't work out between both parties.. For me it’s the fear of what that would mean for the child .Ideally, its marriage then children but we are not living in an ideal world.

I am not someone who allows any situation to control me. I make lemonades out of lemons thrown my way and have no regrets. Life itself is so fragile and short to be striving for perfection. I am well and capable of taking care of my own child as I’ve been taking care of myself .I wanted a child and thank God for the options of surrogacy and donors…

-Were you avoiding talking about her?

No i was not, I was hoping to talk about her on her 1st birthday in a few months but mischief makers beat me to it and spoilt the beautiful story with lies. The sad thing about this is dragging an innocent man Into something that has absolutely nothing to do with him.

Stella, I naturally make friends better with guys than women.. I do have a few female friends don't get me wrong but i relate better with people who are older and way more experienced in life than i am.”