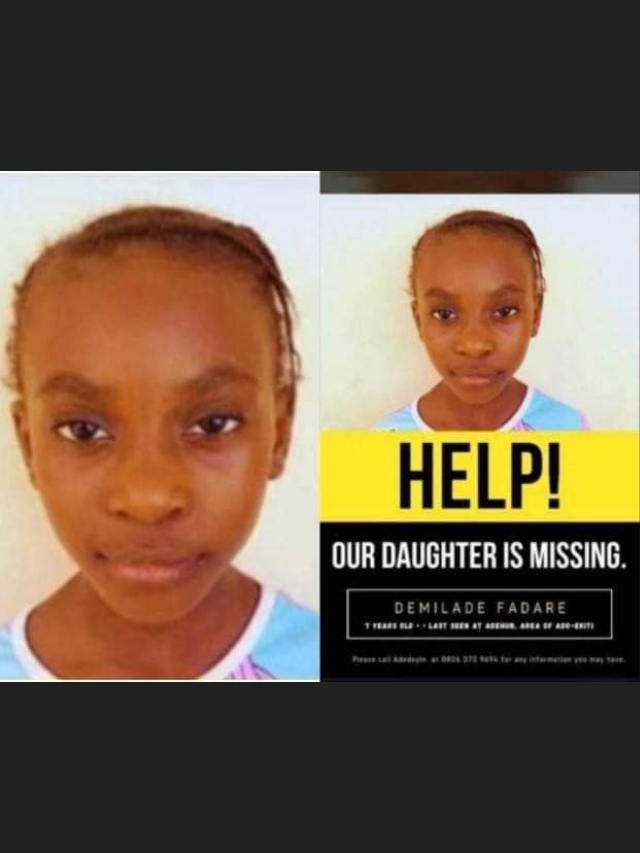 Seven-year-old Missing young girl identified as  Demilade Fadare was  found dead in a neighbor’s cooler days after the parents put out a missing person alert in the Adehun area of Ado Ekiti.

According to the news, On Monday been  6th of December, the young girl was declared missing and all efforts to locate Demilade proved abortive.

A day after the search, The  lifeless body of the young girl was found in a cooler at the neighbors' apartment with multiple stab wounds.

The house which was reported to belong to a pastor at Bolorunduro street was set ablaze by angry mobs even though the whereabouts of the pastor’s wife remained unknown.