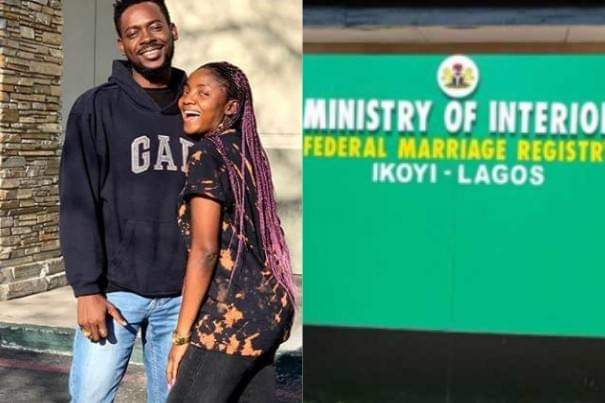 Popular Nigerian Singer known as Simi Kosoko, quizess her husband, Adekunle Gold on where their relationship stands following the invalidation of marriages carried out by the Ikoyi marriage registry.

According to the news, This is coming amidst the legal dispute between the Federal government of Nigeria and the Local government areas on who to have the power to grant marriage certificate, which a High court gave a verdict that favour the LGAs, leaving all marriages certified by the FG as invalid and illegal.

In reaction to the development, the mother of one who wedding AG Baby in 2019 took to the micro-blogging platform, twitter, to quiz her husband.

“Ngbor, Adekunle Gold we have been fornicating?” Simi asked.

In response, her husband wrote, “My own na make them do refund.”